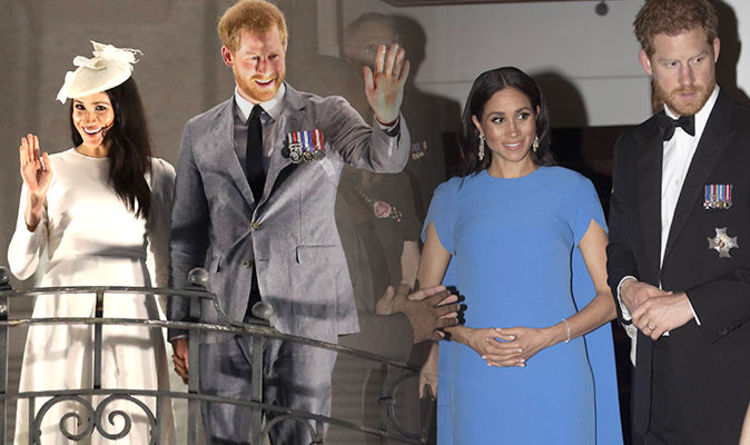 The Duke and the Duchess of Sussex will travel on a charter flight to the capital of Fiji, Suva, where they will embark on a three-day program.

Upon arrival, which is expected to be this afternoon, the royal duo will be greeted by an Honor Guard at the airport, before officially meeting with the President of Fiji at Borron House.

Meghan and Harry will attend an official welcome ceremony at the Albert Park downtown, known as Veirqaqavi Vakanua.

It will include several elements of Fijian culture, including dance performances, the presentation of Tabua and a kava ceremony.

The Duke and Duchess will leave Albert Park to attend a reception and state dinner at the Grand Pacific Hotel tonight, hosted by the President of Fiji.

It is believed that Prince Harry will deliver a speech there.

Follow below to get live updates on everything that happens on day eight of the Royal tour (every time on BST):

Update from 06.12 am: Duke and Duchess of Sussex will be at the University of the South Pacific (USP) tomorrow

Meghan and Harry will be at the University of the South Pacific from 9.45 am until 10.45 am.

It is understood that several students have been selected for these commitments.

From there, the duke and the duchess will go to their separate commitments.

05.42am update: thousands of people have come to greet the Royal Couple

Thousands of locals line the streets to catch a glimpse of the Duke and the Duchess of Sussex.

The couple will soon be heading to Albert Park for the traditional welcome ceremony.

05.28am update: Meghan costume in details

Meghan put on a £ 456 dress with long sleeves and a round neckline by Zimmermann along with a matching hat by Stephen Jones.

She also wore the earrings that Her Majesty the Queen had given her and a bracelet from the Prince of Wales.

05.02am update: Duke and Duchess of Sussex leave the plane for their first showdown

Meghan and Harry have left their charter plane and are now heading for their first commitment of the day.

Meghan dazzles with a white dress and a hat, while Prince Harry wears a gray suit.

Update 04.30: Meghan and Harry have arrived in Fiji

The Duke and Duchess of Sussex have arrived in Fiji.

According to reports, the couple, who wore casual clothes for the flight, has now been changed for a formal arrival and Honor Guard at the Nausori airport in the capital of Fiji, Suva.

Update at 2.07 am: Meghan and Harry bid farewell to Australian fans

Meghan and Harry are now flying to Fiji.

They said goodbye to the Australian fans who gathered in Hervey Bay in Queensland to see the real duo.

Update of 01.25 am: There are no changes to Fiji's schedule despite the presence of the Zika virus

Meghan and Harry have not made any changes to their Fiji calendar despite the presence of the Zika virus.

The royal correspondent Melissa Davies stated that it does not appear that the duke and the duchess altered their Fijian program to take into account the risk that Meghan could hire Zika.

Ms. Davies also added that the royal duo planned the stretch of the Fiji tour with the pregnancy in mind.

She told the AM Show program: "I think they thought that maybe she was pregnant or that she would try to get pregnant at that time, I think they had thought about it before putting the calendar in place."

01.18am update: Meghan and Prince Harry are leaving Fraser Island

Meghan and Harry have been photographed leaving Fraser Island and heading to the airport.

They are expected to arrive in Fiji this afternoon.

The duchess wears a simple but elegant outfit: a white shirt and black pants, while the duke wears a blue shirt and chinos.

01.07am update: Meghan and Prince Harry will receive the same welcoming ceremony as the Queen and Prince Philip

In 1953, Queen Elizabeth II and the Duke of Edinburgh arrived in Fiji, as part of Her Majesty's first tour of the Commonwealth as queen.