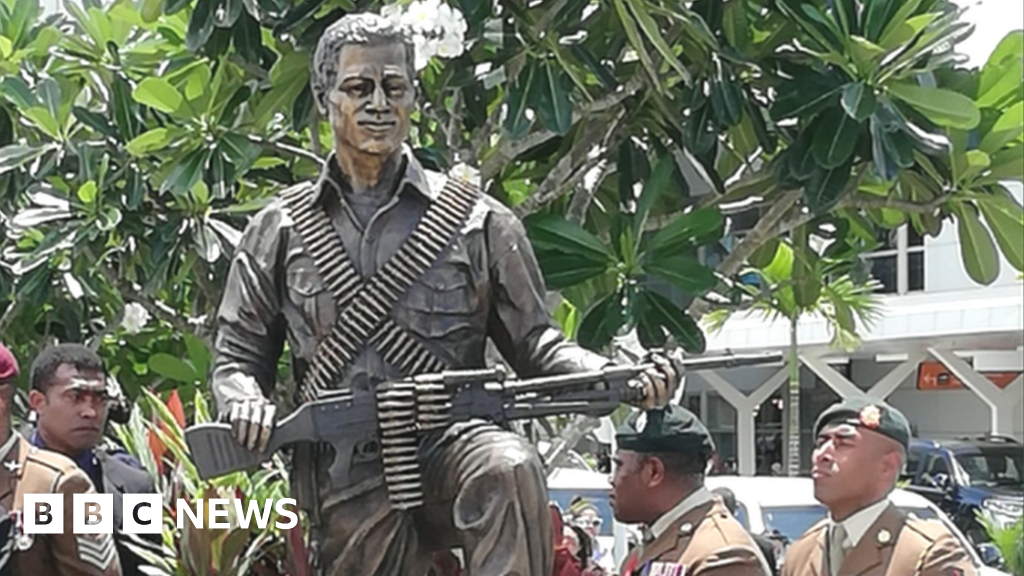 The Duke and Duchess of Sussex revealed a statue of a largely unknown British-Fijian war hero who died in battle after keeping hundreds of enemy soldiers at bay for hours.

Harry and Meghan paid tribute to Sergeant Talaisa Labalaba, who saved the lives of her fellow soldiers at the Mirbat Battle in Oman in 1972.

The royal couple unveiled the statue at the Nadi airport on Thursday morning.

They are on a 16-day tour of Australia, Fiji, Tonga and New Zealand.

Sergeant Labalaba, who was born in 1942 in Fiji, was recruited into the British Army in 1961 and quickly joined the SAS.

Known by his colleagues as a "gentle giant," he was part of a team of nine SAS soldiers based on the outskirts of Mirbat.

They were part of a secret military operation codenamed Operation Jaguar and their duty was to protect the Sultan of Oman from a group of Marxist guerrillas known as the Popular Front for the Liberation of the Occupied Arab Gulf.

Knowing that the unit was irretrievably outnumbered, Sergeant Labalaba ran hundreds of yards to reach a 25 pounder artillery gun that is usually operated by four to six men.

He remained for two and a half hours against at least 250 fighters, repelling wave after wave of attacks. He suffered a bullet in the jaw and finally died when a bullet pierced his neck.

"Laba was exceptional, even among the very high standards of the other Fijians in the regiment," one of his fellow soldiers told the BBC.

His companions say that without him, they could not have survived.

"He was a hero," his son, Isaia Dere, told Fiji Sun before the ceremony, and said he was proud of his father's "courage and brave spirit."

In 2009, a statue of Sgt Labalaba was installed at SAS headquarters in Herefordshire. For some time now there have been calls for the Victoria Cross, the highest award for gallantry.

The royal couple left for Tonga shortly after the statue's inauguration, as they continued their 16-day tour of Australia, New Zealand, Fiji and Tonga.

Fiji was a British colony until 1970.