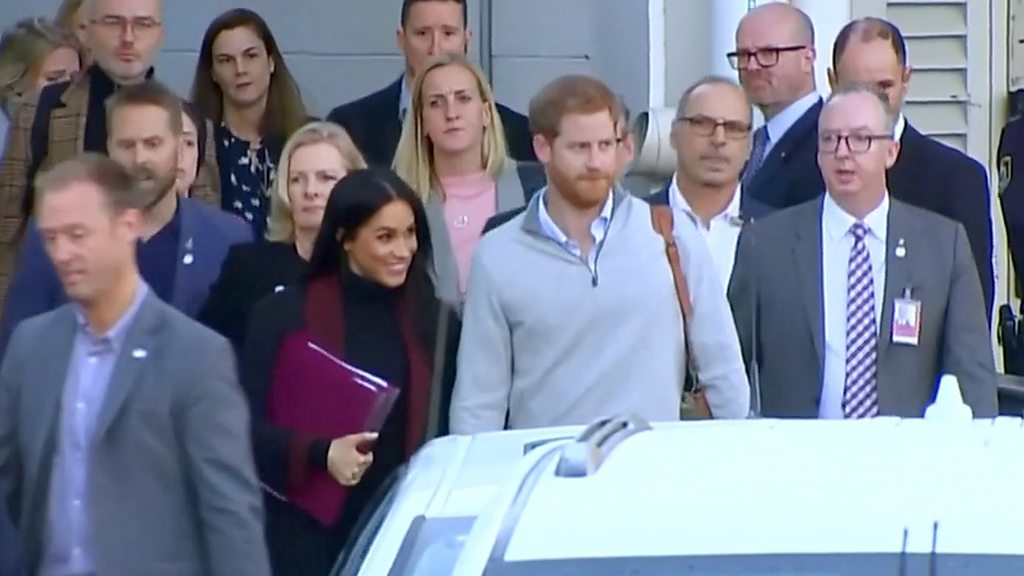 The Duchess of Sussex is pregnant and will give birth next spring, revealed Kensington Palace.

The news was announced when she and Prince Harry began a tour of Australia.

Kensington Palace said the couple "appreciated all the support they have received from people around the world since their wedding in May and we are delighted to share this happy news with the public."

The baby will be seventh in line to the throne.

The queen and other royals were informed of the pregnancy on Friday, when members of the royal family gathered in Windsor for the wedding of Princess Eugenia.

Meghan attended the wedding with Prince Harry in a long dark blue coat, prompting speculation he might be waiting for.

That speculation intensified when they saw her grab two large folders in front of her stomach when she arrived in Sydney for the 16-day trip to Australia, Fiji, Tonga and New Zealand.

It's their first official tour since they got married five months ago.