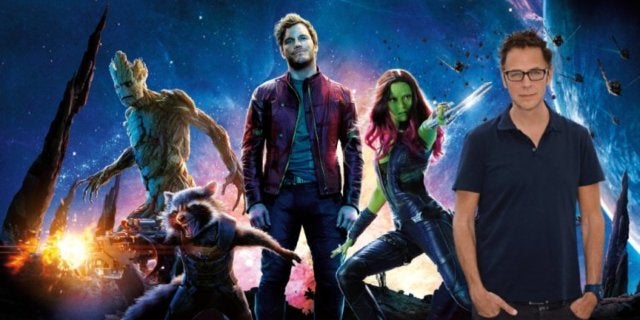 James Gunn will not direct Guardians of the Galaxy vol. 3, although that has not stopped fans from spending money to rent a billboard near Disneyland in Garden Grove, California, sharing their support of the director.

A group of fans who organized online shortly after Disney fired James Gunn as director of # GuardianesdeGalaxy3 created a website, //t.co/jhfxrOLu0t, and paid a company $ 4,000 to run the digital billboard, which will be available until November 25 //t.co/yIn0kZWBzx

The money for the bill was raised on a GoFundMe page, which aimed to win $ 12,000 to pay billboards near several Disney parks, with the campaign currently around $ 4,700.

Earlier this summer, Gunn was fired as director of the film after a group of far-right bloggers delved into his social media story and brought comments the filmmaker made about rape and pedophilia to the surface. Even though these comments were published before Gunn was hired by Disney and Apologized for them previously, the controversy attracted too much attention for Gunn to keep his job as a director.

Although most project contributors know that a billboard will not hire the director again, the sponsors hope the signs remind Gunn of the support he has for Marvel fans.

"We really love Gunn as the creator and the man with whom we have seen him mature," Giuseppe said. , who helped orchestrate the project, shared with The Hollywood Reporter. "Even if this did not cause Disney to see his mistake, we could at least show James Gunn how much support he has in his corner of the galaxy."

In spite of the Guardians of the Galaxy The movies are a labor of love for Gunn, he is not sitting and waiting for Disney to change his mind. Recent reports claim that the filmmaker is writing, and could direct, Suicide Squad 2.

He admitted: "If nothing comes of this, at least we met some amazing people and we did what is right for James and showed how important it is for us."

Guardians of the Galaxy vol. 3 It was scheduled to hit theaters in 2020, although numerous delays have led to reports that the project will not be released until 2021. According to reports, Marvel Studios will still use the script written by Gunn, but has not yet officially named which director will take on the project

Stay tuned for details about the future of Guardians of the Galaxy vol. 3.

Are you happy to see the fans gathering to publish the card? Let us know in the comments below!