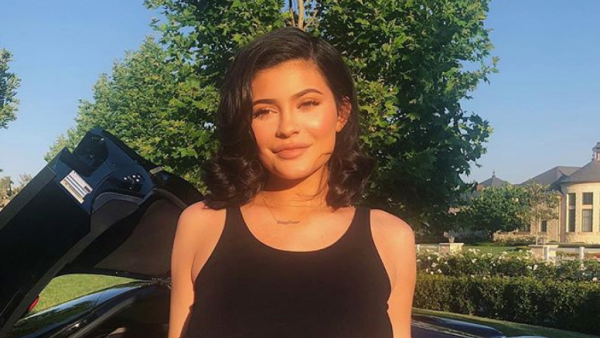 The struggle is real. Kylie Jenner admitted that she feels self-conscious about her body after giving birth to her daughter Stormi in February. The star of reality opened up about his insecurities while conversing with Kim Kardashian in the next episode of keeping up with the Kardashians.

"There's nothing in my closet that fits me," the 21-year-old makeup mogul told Kim as he cleaned his closet. PeopleThe exclusive teaser clip. "I'm getting rid of things that I feel will never look good on me, I know I'm not going to fit into a [size] 25 jean never again. I feel a little insecure. I feel that my hips have extended. My favorite jeans, they will never look good on me. " Kylie explained that she knows that haters will come out of the wood with petty comments about her physique. "I feel that some people do not understand it," he said. "Some people are simply shameful of the body."

Kim knew exactly what to say to lift Kylie's spirits and even revealed that it took her longer than expected to lose her extra weight during pregnancy. "Trust me, I understand, but the pressure to react, it took me six to eight months, and once I got there I was like, OK, I will never leave," Kim said. "I'll tell you this: just bring two pairs of clothes and leave the house. Literally, I would use sometimes, I'm not kidding you, three pairs of ways just to get out of the house. " Kylie gave birth to her first child eight months ago, but she is already thinking of having more children!

"I want like seven girls … then maybe I'll consider a child," Kylie revealed while doing a special Halloween makeup tutorial. Your daughter Stormi is already learning to walk and has the most beautiful personality! On October 24, the reality star got into the spirit of Halloween with baby dad, Travis Scott, and took his little girl to her first pumpkin patch!