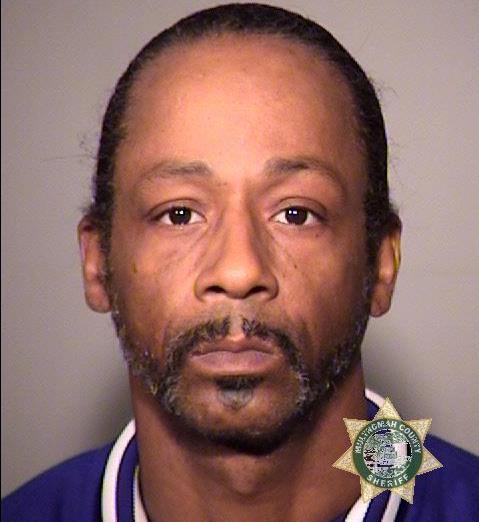 A driver who says he was attacked by comedian Katt Williams at Portland International Airport on Friday is suing the actor for $ 76,000, alleging that Williams rebuked him, punched him and put him in a German shepherd when he refused to leave that the dog travels in the passenger seat.

Wali Kanani is accusing Williams of assault, battery and intentionally inflicting emotional problems in the lawsuit filed Monday in the Circuit Court of Multnomah County. Williams, 47, remains in the Multnomah County Detention Center until Monday night on suspicion of fourth-degree assault.

The comedian, whose real name is Micah S. Williams, pleaded innocent of the accusation last Monday. Police said he also has a pending warrant in Georgia.

During Williams' appearance, a man who identified himself as a friend of the comedian attended the hearing with a German shepherd wearing a leash that read "Service Dog." He refused to say if the dog belonged to Williams.

Kanani said in the lawsuit that his meeting with Williams left him with a broken tooth, a cut and swollen face and tinnitus in his ear, which caused him to still hear the bell when the lawsuit was filed.

Portland attorney Stacey Reding, who is listed as Williams' attorney in the criminal case, did not immediately respond to a request for comment on Monday.

A man who identified himself as a friend of comedian Katt Williams and a service dog of German Shepherd attended a court hearing for Williams in the Circuit Court of Multnomah County on October 8, 2018. A driver sued Williams on the same day , alleging that he was attacked by Williams and pursued by the comedian and a German shepherd at the Portland International Airport on October 5. It is unclear if this is the dog allegedly involved. (Maxine Bernstein / The Oregonian)Maxine Bernstein / the Oregonian

According to the lawsuit, Kanani claims that Williams, six other people and a "large and aggressive German shepherd" met him in an airport hangar at around 11 p.m. after they got off a private jet. Williams insisted on the ride in the passenger seat of the GMC Yukon XL Denali 2017 of Kanani, said the driver in the suit.

The Port of Portland said Williams was in Portland to attend a live performance of the improvisational comedy show "Wild & N" by Nick Cannon. Williams was once a member of the regular cast of the MTV program. According to a press release of the event, the show began at 8 p.m. Friday at the Fashion Center. Kanani says Williams arrived at Atlantic Aviation, which handles private jet services at the airport, one hour later than scheduled.

Kanani, 38, said in the lawsuit that when he told Williams he was not comfortable with the dog sitting in front and told him the pet would have to ride in the back, Williams called it "piece of (censorship) "and" White trash "and then punched him in the face.

The lawsuit said Williams and his dog chased Kanani as the driver ran to the airport terminal. Kanani arrived first and closed the glass door to keep them away from him, court documents said.

"(Williams) stayed on the other side giving (Kanani) menacing and threatening looks for several minutes before leaving in another car that had arrived to take away (Williams) and his colleagues," the lawsuit said. Kanani calls 911 Y He was transferred to the Legacy Meridian Park Medical Center in Tualatin.

Williams was arrested in Portland on Saturday morning, police said.

In the lawsuit, Kanani said he is entitled to damages because of "Williams' unconscious acts and his record of tortuous behavior."

Williams' criminal record includes being sentenced in April 2017 to three years of probation and one year of anger management in California after declaring there was no robbery contest for being part of a photographer's kidnapping of a camera. three years before. He was also sentenced to five years of probation in Georgia in December 2016 after declaring that he had not disputed an assault and assault for his role in beating his security guard with a baseball bat. At that time, a judge ordered him to perform a community service, deliver seized weapons from his home and avoid the bodyguard.

Williams won an Emmy Award last month for his guest appearance on the FX show "Atlanta."

Maxine Bernstein of The Oregonian / OregonLive contributed to this report.