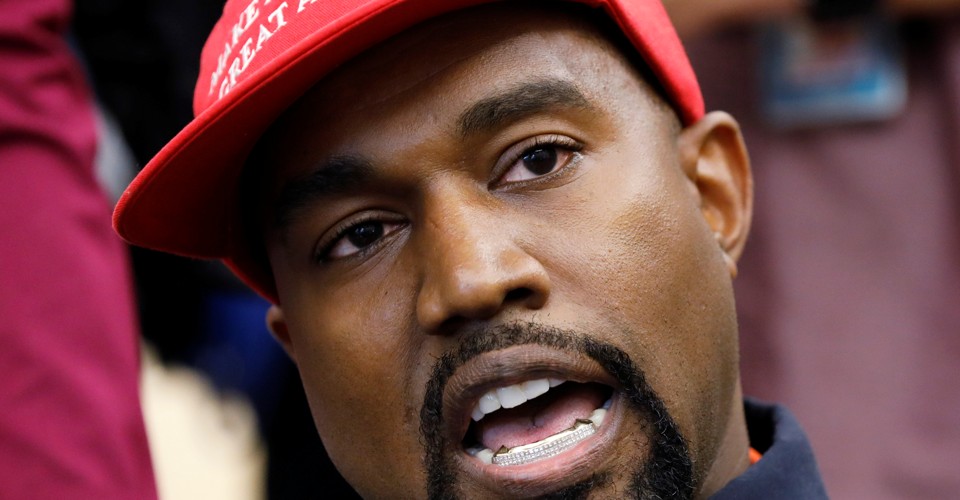 It's fitting that the breaking point was a dispute over the design of the product: all the time, West's flirting with the MAGA machine, which started after the 2016 elections but became the main saga in April, focused in aesthetics. For West, supporting Trump felt good. He loved the "not very political" methods of speaking "very futuristic" of the president, praising his "dragon energy" and savoring the cognitive dissonance implied by the iconic critic of George W. Bush who embraces the right. He was especially interested in Trump's Red Hat, which delivered a redesigned version to the White House earlier this month and at one point showed it off with a Colin Kaepernick sweatshirt.

The juxtaposition of the rapper Kaepernick and Trump said: West really wanted the great dissident of the NFL to become sweet to the president who had called him "son of a bitch". Even more childish indifference to the story. He suggested that slavery was a "choice", a state of mind rather than a system imposed by violence, and during his visit to the Oval Office, he said that time is an illusion, that there can be multiple universes, and that This explains why racism should not be seen as a big problem?

Read: The visit to the White House of Kanye West was a song to the male bond.

As a substance, the dialogue between West and Trump in the White House last month was disgusting, as a dish that is too stuffy and undercooked is disgusting. Welfare, unemployment, taxes, arrests and searches, prisons and school curricula received brief mentions, but West emphasized that he admired Trump for reasons unrelated to politics. However, as a spectacle, the sit-in really was a triumph. There is something profoundly trivial, West could say "futuristic", without seeing his 10-minute ride captured from cameras arranged around Resolute's desk. Some sources show West's mutation expressions as he bounces between the themes, some emphasize the perplexed heads of the president and all are left out of the media machine that amplifies the nonsense. Put it in the MoMA.

Some plausible theories explain why the West is supposedly abandoning politics now. His wife Kim Kardashian was being bullied to defend him, and last week, his mother-in-law, Kris Jenner, publicly wanted him to calm down. West's mental health problems will also be examined: radio broadcaster Charlamagne, who recently canceled a planned appearance with West because the rapper is not supposedly taking his medication. Music and money should also be considered. The promotion cycle for West's recent album (s) has been swallowed up by politics, and he may want to change the focus of his art for his next album. Yhandi.

Another possibility, as improbable as it may seem: a serious awakening on the part of West. The president's agenda was never hidden, but this week he brought news of Trump's plan to end citizenship by birth, his reactions insensitive to bomb threats and mass shootings, and his greater militarization of the border. "West calls his struggle the right to be a" free thinker "and, in fact, is defending a kind of freedom: a white freedom, freedom without consequences, freedom without criticism, freedom to be proud and ignorant", Ta-Nehisi Coates wrote earlier this year. Maybe at some point, since fans, classmates and family members pleaded with West to remember what he once defended, ignorance became impossible to maintain and the consequences inevitable.

Certainly, if West did not seem interested in Trump's specific ideas previously, the fact that his new tweets include his own political positions, some of which clash with Trump's, suggests that he is now paying more attention. "I would like to thank my family, my loved ones and the community for supporting my CURRENT beliefs and my vision of a better world," he wrote. It is good to learn, after so much talking and so little saying something, what those beliefs are.

We want to hear what you think about this article. Send a letter to the editor or write to letters@theatlantic.com.

Spencer Kornhaber is a staff writer at The Atlantic Encompassing pop culture and music.