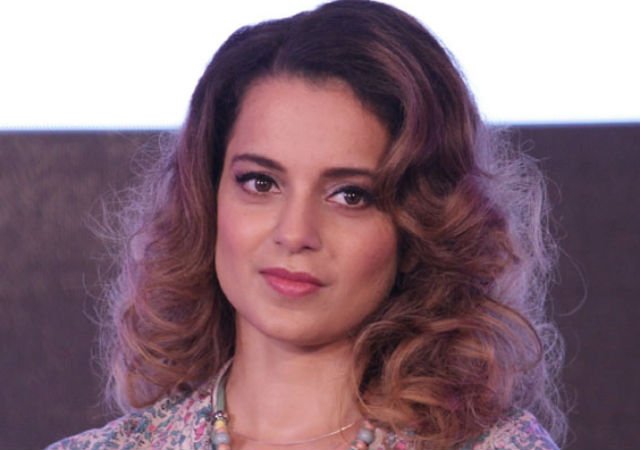 After directing a significant portion of her upcoming historical biographical film Manikarnika: The Queen of Jhansi, Kangana Ranaut seems to have a desire for direction. At the trailer's launch of the film, the actor herself had argued that she was eager to lead several movies.

Well, if a Bollywood Hungama report is to be believed, Kangana is already heading for this path and has started looking for a story for her first full-fledged career. Buzz is that the curly actress will work with KV Vijayendra Prasad for the movie. Prasad, for those who are not in the know, is also the author of Manikarnika: The Queen of Jhansi. He is popular for scripting Baahubali series and Salman Khan stares Bajrangi Bhaijaan.

Although the details of the project are not known as yet, reports claim that it will be a love story. Considering that it is still in the pre-production stage, there is no certainty as to whom everyone will be thrown into it. Gossip factories insist that Kangana and Prasad's love story is not about humans, but aliens. Well, it sounds like what we call a unique love story. (Critics must close their mouths after seeing Manikarnika: The Queen of Jhansi, says Kangana Ranaut)

On the work front, Kangana will be seen next time Manikarnika: The Queen of Jhansi set to release on January 25th. After that she has Mental Hai Kya in her cat, where she will be seen facing Rajkumar Rao. The two players split the screen space for the second time after Queen (2014). She also shoots for Ashwiny Iyer Tiwari's sports film Panga.