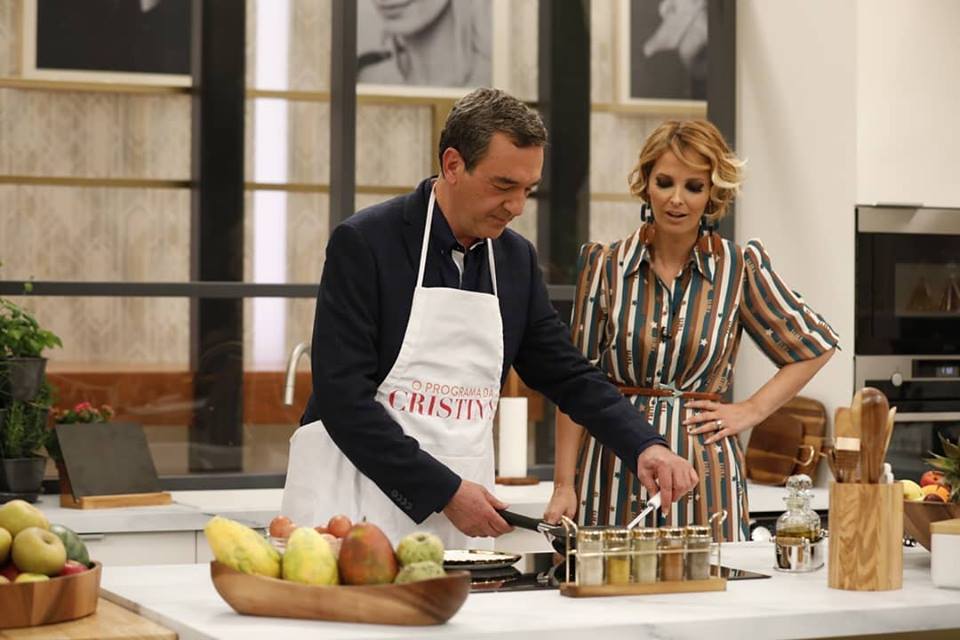 Júlio Magalhães, Director General of the Porto Canal, was a guest of "home" to Cristina Ferreira, this Thursday. During the conversation, the 55-year-old journalist talked about his childhood in Angola, but also in the public war that has grown since the premiere of "Cristina program.

The Portuguese journalist told Cristina Ferreira that the hearing war among the generalists is already very old and that it is not just about entertainment, and recalls the "competition" started this week with the debut of the SIC format competing with You on TV.

"This war of hearing is already very common. We saw everything that the competition did. We were to crush when the others went, the opening news was meant to have an audience, we also live in journalism, but it is normal," he says.

Recalling the accident between the bridge between the rivers and the media coverage made Júlio Magalhães the day he was ten hours alive from Castelo de Paiva. "We had 10 o'clock in the air, it was a gone bus and we wanted to have the living picture. None of the channels stopped broadcasting for fear of losing the audience. We were accused of wanting to exploit the suffering of others," he says. .

The conversation between the two friends ended around the oven, with Júlio Magalhães making one of their favorite dishes – eggs with sugar. As a joke, the journalist said he is not much given to the kitchen and that he prefers to see the women in his life there, even though the men will dominate the kitchen room today. "We all say that the best food is our mother's or our grandmother's. It's tradition. I won't be misunderstood, but for me the charm will be the mother's or grandmother's food."