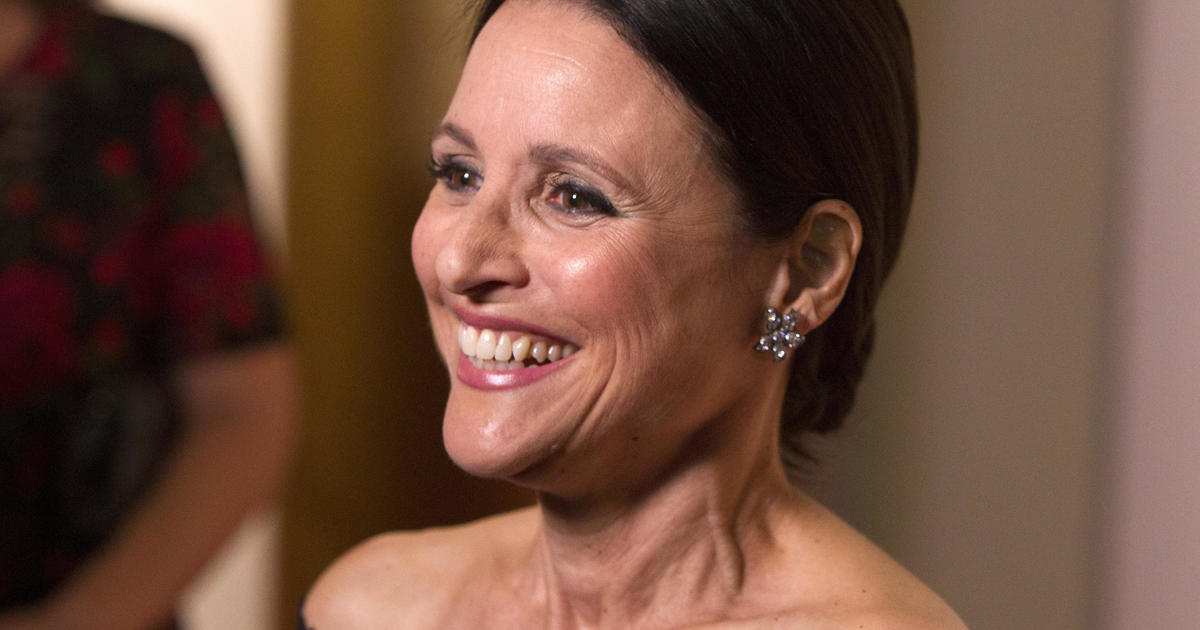 WASHINGTON – Julia Louis-Dreyfus is one of the best-known comedic actresses of her generation, and is now being recognized with the Mark Twain Award for American humor for a lifetime in comedy. She is the 21st person to be honored with the award given by the Kennedy Center for the Performing Arts. Jerry seinfeld, Stephen Colbert and Tina Fey, winner of Mark Twain in 2010, are among those who offer testimonies of their talent.

Louis-Dreyfus accepted his award with a bit of extended comedy and some takes on new Supreme Court Justice Brett Kavanaugh.

The actress first laughed when referring repeatedly to the ambition of her true life to be a respected dramatic actress, stopping in the middle of the speech to deliver a monologue of Shakespeare's "Merchant of Venice".

Born in suburban Washington, Maryland, Louis-Dreyfus graduated from the elite Holton-Arms school, soul of Christine Blasey Ford, who accused Kavanaugh of assaulting her at a high school party.

Louis-Dreyfus made a veiled but unequivocal reference to Ford's testimony, framing it in his presentation at the presentation of the play "Serendipity" in high school.

"I can remember all aspects of that play that night, to the point of declaring under oath," he said, to a round of laughter and applause. "But I can not remember who took me there or who took me home."

Earlier, Fey paid tribute to Louis-Dreyfus at the awards ceremony by tracking the similarities between their lives.

"We both started the comedy in Chicago, we both went on the 'Saturday Night Live', we both lost our virginity to Brad Hall," referring to the husband of Louis-Dreyfus and the former SNL co-star sitting next to him. honored Fey praised the "secret precision" of Louis-Dreyfus's comedy and his willingness to make his character of Seinfeld so flawed.

When the famous guests arrived at the ceremony, Seinfeld recalled the first time he saw Louis-Dreyfus in action, and knew almost immediately that she was a great talent.

His iconic comedy, "Seinfeld, "I was still in the planning stage and producer Larry David knew Louis-Dreyfus from their time together on" Saturday Night Live. "

Seinfeld said: "We had only two short pages of script, and we sat down to read the dialogue together." As soon as she opened her mouth, I knew she was the only one.

Seinfeld also gave credit to Louis-Dreyfus for having the confidence and strength of personality to hold what he called "a very masculine spectacle."

That confidence was evident very early for Louis-Dreyfus, who said he knew at an early age that he had a gift for comedy.

"The first time I knew it was when I put the raisins in my nose and my mother laughed, I ended up in the emergency room because they did not come out!" Louis-Dreyfus said.

He shared his memory as he walked the red carpet on his way to the Kennedy Center Concert Hall.

Comedian and director Kumail Nanjiani grew up in Pakistan and never saw an episode of "Seinfeld" on television until he emigrated to the US. UU As an adult

"But I became a big fan when I moved here," he said.

The co-author of the movie "The Big Sick" particularly recalls his iconic "dance of Elaine Benes", a little convulsive, in the program, which he attributes to the gift of Louis-Dreyfus for physical comedy.

"There are some comedians who think that physical comedy is below them," he said. "But she was not afraid and she had no ego."

Deborah F. Rutter, president of the Kennedy Center, said in a statement: "Like Mark Twain, Julia has enriched American culture with her iconic, unforgettable and totally funny brand of humor." For four decades, her incredibly original characters and her The gift for physical comedy has left us on the dot. "

The production of the next seventh season of "Veep" was delayed when Louis-Dreyfus received treatment for breast cancer.

PBS will broadcast the Twain event on November 19.