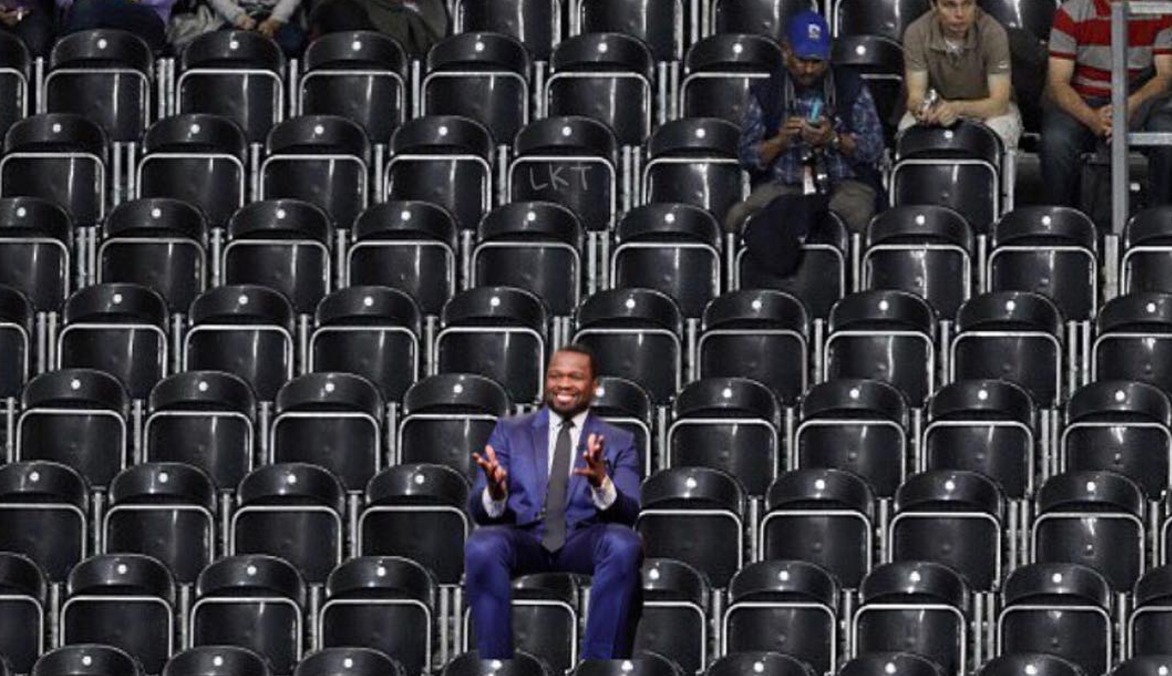 It seems that Ja Rule does not mind the last move of 50 Cent in his race, in fact, he is laughing at that.

Earlier this weekend, 50 Cent claimed he had bought 200 tickets, totaling about $ 3,000, for the next rapper's show, so Ja Rule would act in an empty seating section at the concert on November 9 in Texas.

Commenting on the post, Fiddy said: "I just bought 200 seats in the front so they can be empty. Hahaha

He also posted a Photoshop image that shows himself sitting in an empty concert hall.

"What a show, I mean fucking cool, do it again, my son went to the bathroom, LOL," he wrote in the legend addressed to Ja Rule.

Ja Rule does not seem too worried, and even posted to say that he was happy to have put his nerves on 50 Cent: "I put myself under the skin of 50cent … I love it!", He wrote on Instagram, with several ". Funny face "emojis.

The pair's fight originally dates back to the Noughties, but started again in January of this year.

50 Cent, whose real name is Curtis Jackson, claims that Ja Rule, also known as Jeffrey Atkins, incorrectly accused him of stealing his jewelry and brought it to the attention of Irv Gotti, the founder of Murder Inc. Records.

Ja Rule, however, contends that the tension began between them during a video shoot in his hometown of Queens, New York.

Fiddy allegedly felt disrespected by the way Ja Rule greeted him on the shoot, which led him to release several dissociation discs directed at Ja Rule.

50 Cent is a kind of responsibility in social networks. In June, he shared and then deleted a post that mocked actor Terry Crews for talking about male sexual assault.

Crews, a proud feminist and supporter of the #MeToo movement, recently explained why she did not defend herself against the man she accused of sexually assaulting her.

While many people praised the Crews for their moving testimony, rapper 50 Cent chose to poke fun at Brooklyn star Nine-Nine.

He published a picture of Crews without a shirt with the text: "They raped me / my wife saw me" and then another of Crews with a rose in his mouth that said "Hour of the gym".

He added the legend: "LOL, what the hell is going on out here, man?" Terry: I froze out of fear … they would have had to take me to jail, grab the leash. "

The comments section was immediately flooded with former fans and critics who called the 50, called it "disgusting" and observed: "That's why people hate you."

When asked what he thought about TMZ's comments, Crews himself got up and simply said: "I love 50 Cent, I listen to his music when I'm training."