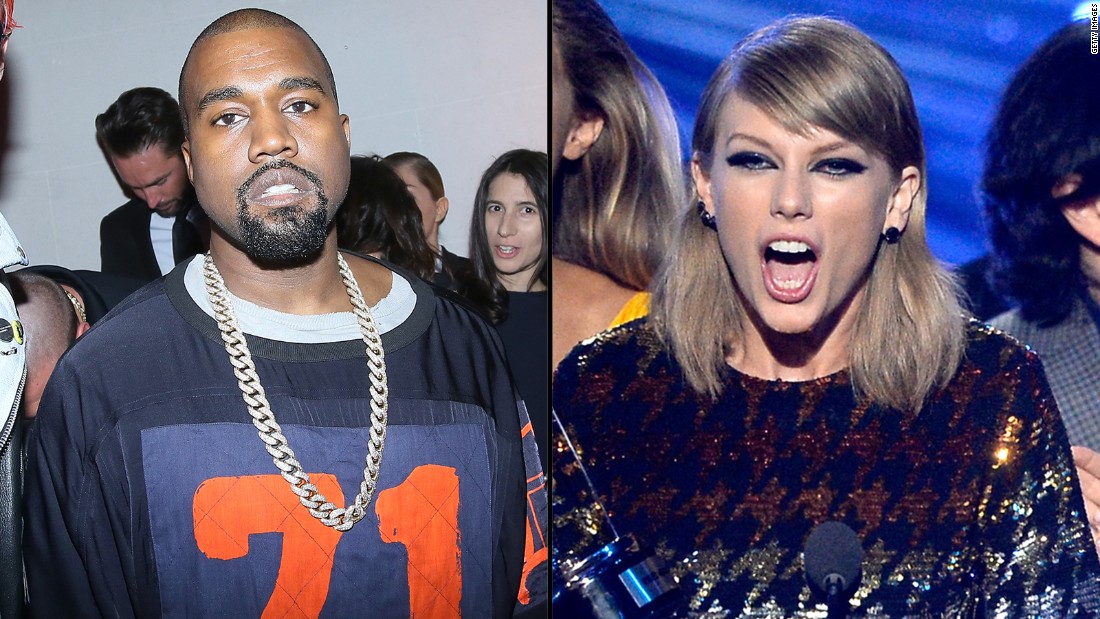 Both artists have been heating up their political stances: one seems to win new supporters from unexpected places and the other puts out some fans.

Remember the simplest times, when being #TeamTay or #TeamYe was more about musical taste?

Well, welcome to a politically divided America where anything can happen.

Both Swift and West have had equally devout fan bases, many of whom took sides in 2009, when West took the Swift microphone at the MTV Video Music Awards.

His ensuing bad blood overflowed in 2016, after a dispute over whether West erased the lyrics of Swift's songs with the singer.

Fast forward to today. West has become a big supporter of President Donald Trump, often puts on a "Make America Great Again" hat and speaks on behalf of his "brother", who says that West shares his "dragon energy".

"There are so many times that I talk to a white person about this and they tell me:" What do you think of Trump? It's racist, "West said during a recent appearance on" Saturday Night Live. " "If I was worried about racism, I would have moved from the United States a long time ago."

His stance has provoked outrage among his followers, but he has won the Western acclaim from some conservatives.

Meanwhile, Swift, who has stayed out of the public political debate, backed two Democratic candidates in his home state of Tennessee on Sunday.

The singer alluded to her experience #MeToo as one of the reasons why she felt guided to support the candidates, writing "due to several events in my life and in the world in the last two years, I feel very different about [publicly voicing her political opinions] now."

"I've always cast and cast my vote based on which candidate will protect and fight for human rights that I think we all deserve in this country," Swift wrote in an Instagram post. "I believe in the fight for LGBTQ rights, and that any form of discrimination based on sexual orientation or gender is INCORRECT."

"I think the systemic racism that we still see in this country towards people of color is frightening, disgusting and prevailing," he added. "I can not vote for someone who is not willing to fight for the dignity of ALL Americans, regardless of the color of their skin, sex or who they love."

Swift won a legal battle last year against a radio broadcaster whom she accused of groping at an event to meet and greet in 2013.

After his political backing, Swift was criticized by some who were not happy with his position.

"I was disappointed that you decided to play politics," wrote one person on Twitter. "I thought it was brilliant when he said that I will not tell people who to vote for, but I will encourage them to vote, with the whole division in this country, it was just a place where politics did not matter."

"For the Conservatives to support and pressure Kanye West and then turn around and attack Taylor Swift for supporting the Democrats is really funny," he wrote. "What happened to the conservative movement? When I joined in 2007, the policy on actors and musicians was a joke."

The writer Kashana Cauley suggested that the current battle of Swift vs. West surprised the masses.

"Someone should probably start a support group for those of us who originally chose the wrong side of the Kanye / Taylor Swift debate," Cauley wrote.

Cue calls for Swift to challenge West in his career as president.