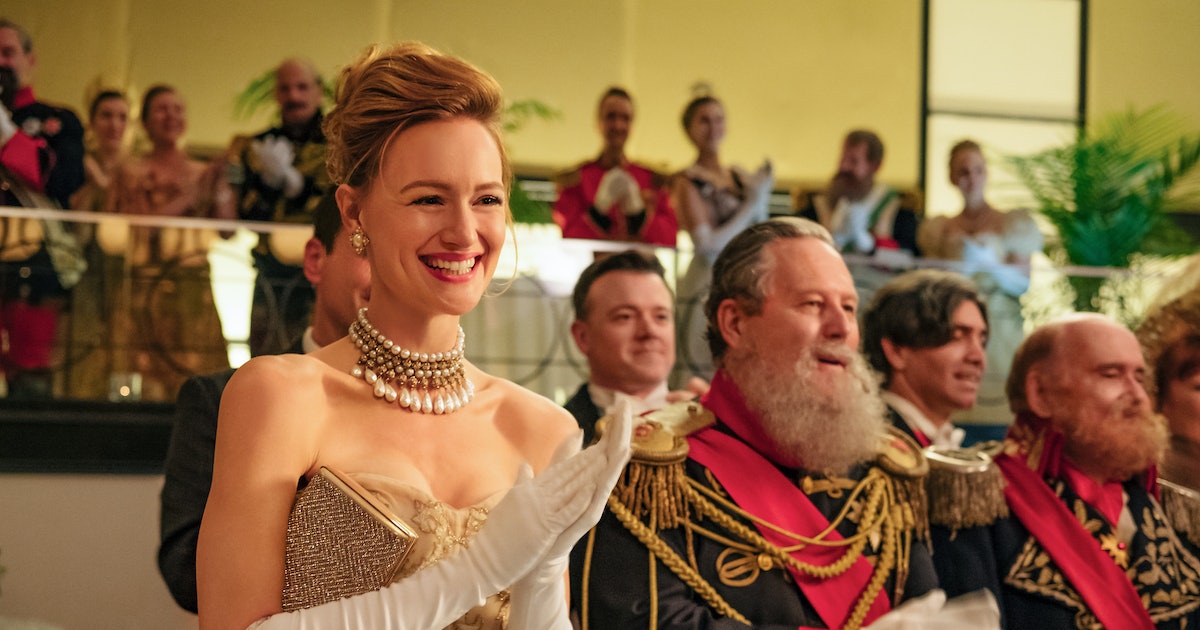 Fans of The Americans We will be happy to know that there is a new show focused on Mother Russia. Since Crazy men the creator Matthew Weiner comes The romanoffs – a new anthology series that premieres on Friday, October 12 at Amazon Prime. This great epic of eight episodes follows people of diverse origins who claim to be descendants of the Russian royal family. The plot sounds too ridiculous to be real, so it's valid to ask if The romanoffs It is based on a real story.

While Weiner's new anthology is not based on real people per se, there are definitely elements that were drawn from real life. For example, the Romanovs were in fact the Russian royal family until July 1918, when Tsar Nicholas II, his wife Alexandra and their five children, Olga, Tatiana, Maria, Anastasia and Alexei, were executed by Bolshevik troops. National Geographic. Just a year earlier, the Tsar had abdicated his throne during the Russian Revolution, after which they were held captive, according to the same report.

Anyone who has seen the 1997 animated movie Anastasia he knows the rumors surrounding the remaining members of the Romanov family, especially Anastasia, which many believe he fled. According to National GeographicThe most persuasive story was of a woman named Anna Anderson, who moved to the US. UU However, many people believe that she was simply a Polish worker who suffered from a mental illness. And, according to CNN, scientists found fragments of bones and teeth from the grave of the Romanov family in Yekaterinburg in 2008. These remains confirmed that all the sons of the Tsars were killed by the Bolsheviks, including Anastasia.

That said, there were other relatives of the royal family who escaped. According to the New York TimesSome 35 Romanovs survived the trial with the Bolsheviks, including Nicolás's mother, Maria Feodorovna; his sister Xenia; and her husband, alexandr. And although there are certainly surviving heirs of the Romanov family, such as Maria Romanova, great-granddaughter of Tsar Alexander II, their legitimacy is often disputed, including that of Mary, by the NYT. In addition, the Imperial House has its own website that has a complete genealogy and the history of Romanov, among others.

In a 2017 interview with the Hollywood Reporter, Weiner said that every episode of The romanoffs It will have a different cast, history and location. The glue that holds these very different people together is their belief that they are descendants of the Russian royal family. "[T]The reason why I chose the Romanovs is that in an era in which we have social networks and so much theoretical connection between us, we seem to be more separated than ever, "said the showrunner. THR. "And I love this idea that these characters believe, whether or not they are descendants of this last autocratic family that is part of one of the great stories of true crimes of all times."

In addition to this historical basis, he was inspired by real life experiences. According to an interview that the showrunner did Vanity Fair, the episode "The End of the Line" is set in Russia and is based on some experiences of the writers of the episode, Maria and André Jacquemetton. While the article did not go into detail about the plot of the episode, it will only be a matter of time before the public can see it for itself.

"We have compiled many stories and now we have gotten into the part of Romanov and what that means in the world of 23andMe," said Weiner. THR Before they wrote the script. "There is a fascinating question about who you are and who you are and who your family was." So, although it remains to be seen if any of the characters in Weiner's new show are actually related to Tsar Nicholas II and his family, it's a fascinating concept for an anthology. And although the Romanovs no longer have any political power, it will be interesting to see what kind of people claim part of that power and how they lead their lives with that knowledge, whether accurate or not.