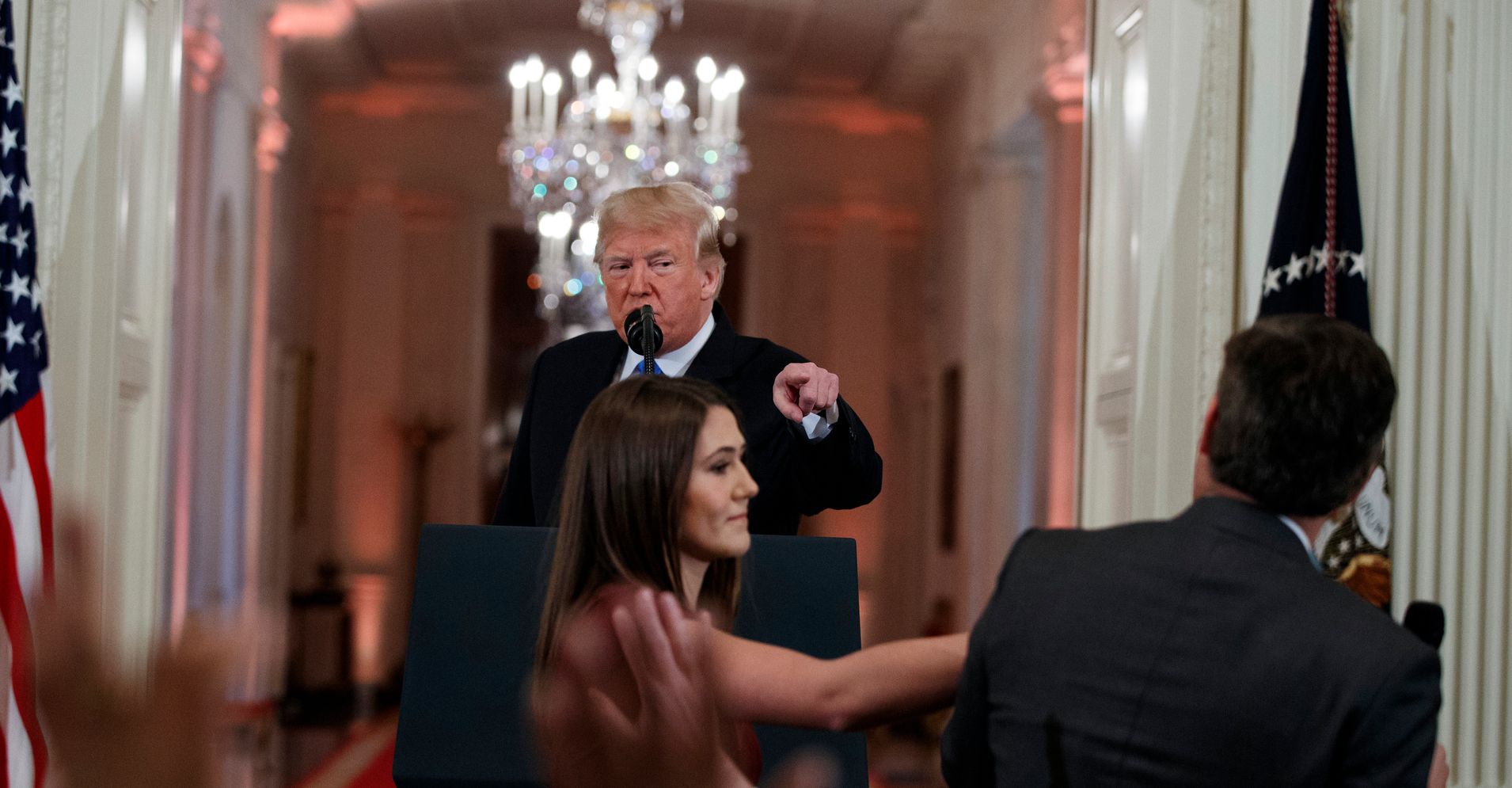 On Tuesday, the White House issued a carefully worded defense of its decision to revoke the press credentials of CNN reporter Jim Acosta shortly after the network sued the administration of President Donald Trump over the matter.

Although press secretary Sarah Huckabee Sanders initially accused Acosta of putting her hands on an inner woman trying to remove the microphone, in her most recent statement, the White House changed her argument to accuse Acosta of simply being rude.

Many of the reporters present at the press conference tried to ask additional questions, prolonging their time with the microphone. However, the White House says it highlighted Acosta because it was not the first time he "inappropriately refused to yield to other reporters."

On the night of the press conference, Sanders shared an apparently manipulated video to reinforce his argument that Acosta inappropriately touched the inmate, and received a backlash.

The most recent statement made no mention of the indictment and said: "The White House can not hold an orderly and fair press conference when a reporter acts in this manner, which is neither appropriate nor professional."

CNN called the revocation of its reporter's credentials an "unlawful" First Amendment violation.

"If it is not challenged, the actions of the White House would create a dangerous chilling effect for any journalist covering our elected officials," the network said in a statement on Tuesday.

The administration argued that the First Amendment "is not served" by Acosta's behavior, which "impedes the ability of the President, White House staff and members of the media to do business." He dismissed CNN's lawsuit "simply more important".

Numerous journalists and press freedom defenders criticized the administration's decision to withdraw Acosta's credentials, which was considered an escalation of the president's usual attacks on the media. The Association of Correspondents of the White House described the measure as "unacceptable".

"Journalists can use a variety of approaches to carry out their work and WHCA does not control the tone or frequency of the questions their members ask of high-ranking government officials, including the President," the group said. a statement.

Multiple outputs I have informed CNN's lawsuit against the administration was assigned to a judge appointed by Trump in the North Carolina City Circuit who previously served as an attorney for Republican Senator Chuck Grassley of Iowa.