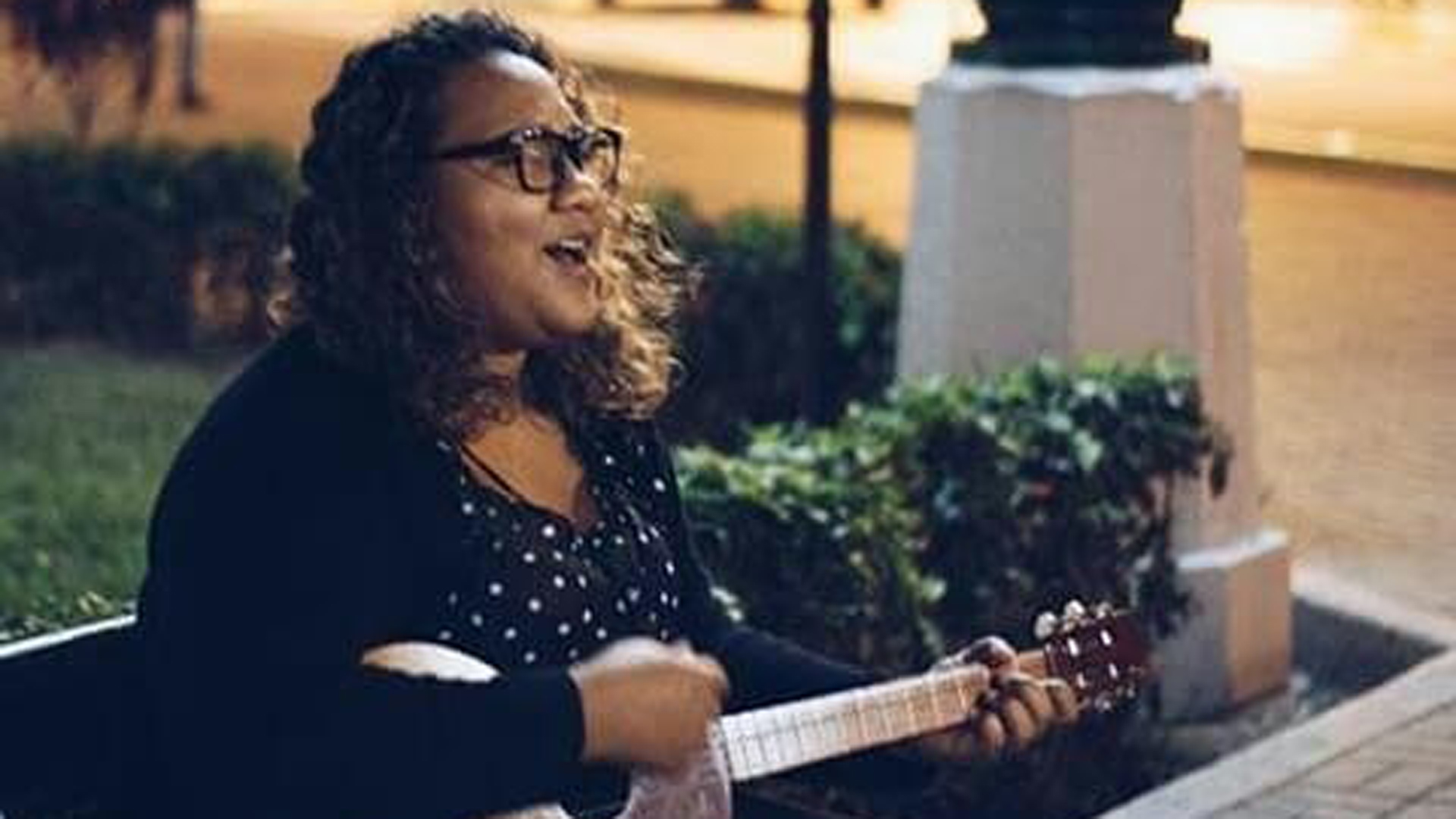 The author and interpreter of "Me fui", the song claimed by the Venezuelan immigrants, tells the painful experience of leaving the country, as millions of compatriots have done.

Reymar Perdomo left his homeland Venezuela on December 2 last year "pushed into the void" by his mother, as he says in his song "I Left", which was claimed to thousands of compatriots who have fled the crisis of your country

For this music teacher, born in San Juan de los Morros (Guárico state), her theme, whose official video exceeds one million reproductions on YouTube, is "a blessing" for her.

"Look up a Venezuelan, and my family is proud of me, that my country knows I am doing something not just for me, but for everything it is a blessing and an example to follow for many people," he says.

In a dialogue with EL HERALDO, from a small room where he lives in Lima (Peru), he said that three months ago, having collected enough for the tickets, he could get his mother and two brothers to start a new life.

He assured them that they were able to reunite after months of work that he managed to collect enough to pay for the trip.

He confesses that he has not returned to his country because he considers it a "risk" and that the strange Venezuela is the smile of people who were long lost, their friends, their students and the smell of coffee with a good passage of it Venezuelan savannah.

A few weeks ago she lived one of the happiest days when she assured him, thanks to journalist and youtuber Daniel Samper Ospina who surprised to take Carlos Vives, Santiago Cruz and Andrés Cepeda to Reymar. He went up to sing as he does to survive.

Also read: The surprise of Carlos Vives, Andrés Cepeda and Santiago Cruz to a Venezuelan immigrant

P. Which city of Venezuela are you from?

P. What did you do in Venezuela?

I am a teacher, and I worked on teaching music classes, in a rural school, to poor children.

P. How long ago have you emigrated?

A year and a few days ago. I left my house on December 2 and arrive on the 7th in Peru.

P. How was your beginning outside your country, in Peru?

That was hard. I started singing in squares and buses. I have moved more than 5 times and have done many things that I thank God because it made me better to be human.

P. What are you doing right now?

I still sing in a park twice a week and I teach song in an academy.

P. How was that experience of composing "I went"?

"I went" was born out of the need to bring up feelings I had found. Of loneliness, mind and impotence because they steal all my stuff and when I come to the Colombian-Venezuelan border, and I was charged with many negative events.

I am the type of person who cleanses in order to move forward, because there are moments where everything is blocked to gather emotions and anger that does not belong to you. This is how this song is born. I took my notebook and started writing a thousand things, a thousand insults to situations and people I thought were guilty of what happened to me. Then I buy a Ukulele and over time I play music and that's how I left was born.

P. How did this problem become viral?

There were two phases. He had a cousin to whom the mother sent him the song in a voice call, and he watered it for all the people he knew here in Peru and also a young Peruvian was the first to pick me up from his cell phone at Kennedy Park in Miraflores and video began to roll on social networks, and in less than three days I had thousands of visits. I don't know how it began to viralize, but it was the product of the same people, the immigrant who needed to listen to this message.

P. Did you expect your song to reach so many people?

Never. It was always a very special experience that had just happened to me, and at that moment I never thought about the extent it could have. And in fact, every day is linked to more people who aren't even Venezuelans, and I've never imagined it.

P. What happened after I left?

Nothing has happened either financially or at work level. Suddenly, as a person, I am much more aware of people and their needs, and I am a more earthly person.

I hope it professionally anytime I give many more fruits than he has already given. There have been many blessings I have received through "I left".

P. What have been these blessings?

The blessing of pulling a tear from a Venezuelan, that my family is proud of me, in my country, and knowing that I am doing something, not just for myself, but for everyone and the blessing of being an example to follow for many people .

P. From whom did you inherit your musical gifts?

Both my mother and my father because they are artists and many relatives of them are too.

P. When did you emigrate, did you decide to arrive in Peru? Who received you there?

I went to Venezuela for Peru where some friends received me for 15 days. But initially I wanted to settle in Colombia, but it was a bit harder to establish myself.

P. In your song you say that your suitcase was stolen, what did you lose there?

At the border, in San Cristóbal, just my suitcase is stolen and half of my money went there. I only had $ 200 and at that moment I only had 100.

From there I continued with the decision to continue, and it was my turn, on the same buses as a passenger, to tell my story and people gave me money for the next bus.

When I ran out of the 100 dollars I had left, I had already collected a little more and I was able to get there.

With my work, I managed to raise $ 50. Someone lent me 25 and the rest was through a family campaign. We started selling some things and we got 20 from 20.

P. Have you returned to Venezuela since you left?

No, I don't think I can do that. Getting back to my country is very risky.

P. Who did you go there?

I left my grandmother the whole family. Luckily, my mother, my brother, my niece and my sister-in-law are with me. I had the opportunity to work hard and bring them to me. We are here and we live in a small room together.

P. How long ago did your family come to Peru?

Three months ago My brother works in a security club, my sister-in-law sells arepas and my mother is responsible.

P. How was your mother's reaction thanks to "I went" the boom?

My mother felt first and foremost a lot of guilt for pushing me to go out and for all the difficult things that this process has been. After the success of my subject, she feels much better and very proud, and that is the pride that fills my heart because she lives through her dreams, and that is also a blessing.

In 2019 I see myself full, working a world, growing with big steps and taking my country to the whole world.

P. What do you miss most about your country, your home?

My customs, my identity, the smile of my people who were lost long ago; my friends, my students, the smell of coffee with a good passage of the savannah.

P. How do you describe the support of the people who follow the "I left" message?

It has been a blessing. I never thought it could be confessional by so many people, the teardrop that gathers so much pain to leave Venezuela. I thank God for that.

P. How do you also consider the rejection of some people because, according to them, were you part of Chavism?

Rejection is part of a manipulated process for people to see me that way. I want to continue in the world demonstrating what I am and not trying to prove what I have not been. I hope one day the conscience and love of Venezuela will give us a better way back.

P. When did you just compose this song?

I didn't have an exact moment when I wrote "I went," but I know I wrote a thousand insults on a piece of paper, I needed to air and clean myself so I could go on. Then I put music and on February 3 started sharing quickly through social networks.