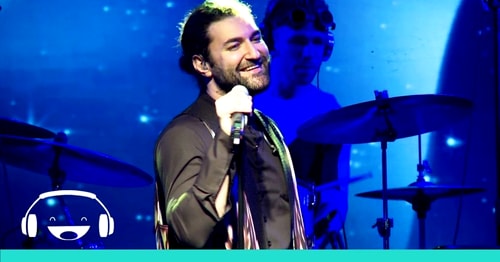 smiley is one of the artists who have scheduled New Year's Eve concerts, and the singer will perform in two cities a few hundred miles away. He will sing in the Constitution, but also in Craiova, and the honor received by the artist is a significant one. In just 45 minutes, as long as his New Year's transition will last, smiley will get a fabulous amount of money and that is because he chose to sing in two different cities on the night of the year, writes stiripesurse.

Throughout the country, major New Year's concerts will be held in cities such as Iasi, Constanta, Craiova, Timisoara, Cluj, Brasov and Bucharest. There will be two New Year's Eve concerts in the capital, and the biggest one is the one to be organized Constitution, where Smiley comes on stage, as well as in IOR Park in sector 3, where many famous artists are expected.

For his second concert, Craiova, Smiley will be paid king! According to stiripesurse.ro, 30,000 euros will receive the artist in just 45 minutes singing the night of the year. And he is not the only one who will get a lot of money. Also in Craiova, Adrian Sanu, the former member of the Akcent band, will collect 30,000 lei.

"As every year, the concert will be an exceptional event, where one of the emblematic buildings in Bucharest – the Parliament's Palace – will be part of the stage design of the show. the various musical styles and spectacular scenography will train the audience throughout ", according to a communication issued by the City Hall in Bucharest.