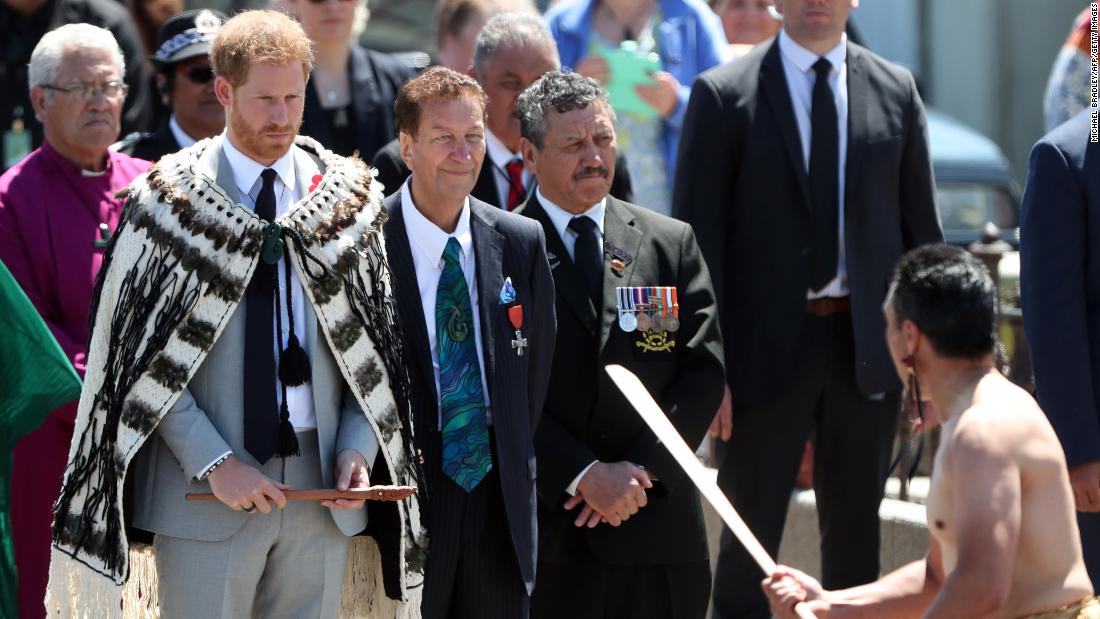 For their final stop, the royal couple visited Te Papaiouru marae de Rotorua, a sacred gathering house in Polynesian societies, where they took part in a traditional Maori welcome ceremony called pōwhiri. Harry's grandmother, Queen Elizabeth, had visited the same place on a tour in 1953.

Prince Harry and Meghan were endowed with traditional Maori capes, called Korowai, by the Te Arawa people. The mantle of the Duchess of Sussex, which was covered with a blue dress by Stella McCartney, was designed specifically for her and incorporated elements of her life, such as her real status, her pregnancy and her roots in the sunlight of California.

"We see the duchess as a strong kaupapa (values) for women: she shows aroha (love), manaakitanga (parenting and hospitality), mana (influence) and is a great leader," said Ngāti Whakaue, elderly Norma Sturley, who designed the cap, According to the CNN subsidiary TVNZ.

Inside the meeting room, Prince Harry began a speech in Te Reo, the Maori language, to applaud the crowd.

"Excuse me if I turn to English," he said before praising the young New Zealanders who are "using their talents to preserve and promote the Maori language." He finished his speech by directing the crowd in a traditional Maori song.

In the afternoon, the royal couple visited a nursery of New Zealand's national birds, the kiwi, in the Rainbow Springs Natural Park in Rotorua. They came to name two of the center's three-day-old chicks, giving them the indigenous names, "Koha" means gift, and Tihei, from Maori that says "tihei mauriora", which means the sneeze of life & # 39;

To top off their last day in New Zealand, Harry and Meghan wandered through a 117-year-old redwood forest, climbing a 700-meter (2296-foot) long walkway suspended through the tops of redwood trees.

At the beginning of the day, the couple made their last walk and greeted thousands of fans lined up in the streets of Rotorua. During the meeting and the greeting, the Duchess of Sussex pulled a little girl out of the crowd and gave her a hug. Meanwhile, Harry saw a child wandering in front of the barriers and returned it to his parents.

"It's the first time I use those languages," he said.

Harry and Meghan will fly back to the UK on Thursday, after a tour that began with the Duchess announcing she was pregnant with the couple's first child.