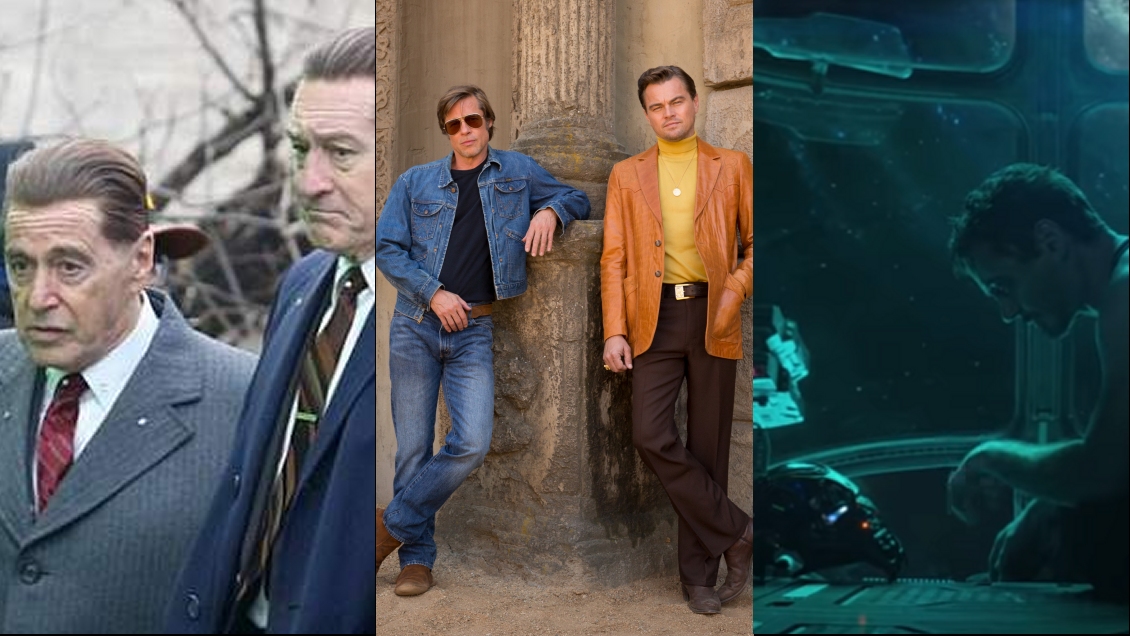 The tenth feature film of Tarantino, "Once in Hollywood", and the first off Scorsese for Netflix, "The Irishman", they are leading the most anticipated titles in 2019, along with sagas like "Avengers: Endgame" or "Star Wars IX" or the new one by Pedro Almodóvar.

Another of the most anticipated titles will also be early birds. "Mule" the last job of Clint Eastwood will be released from January around the world.

At 88, Eastwood is at the bottom of the cannon and is now leading stars in the story of an octogenarian who stands out for drug trafficking to get out of his financial hardship, a trip with them Bradley Cooper or Taissa Farmiga.

While Saoirse Ronan ("Lady Bird") and Margot Robbie ("I, Tonya") give life to Mary Stuart of Scotland and her cousin Elizabeth I of England in "Mary Queen of Scots", a new movie adaptation of the regent's unusual life that also immortalized John Ford in 1936, with the help of Katharine Hepburn.

March is the month of the female version of "Captain Marvel." The Oscar-winning Brie Larson puts on the superhero's costume in this movie that dates back to the origins of the characters, in the 90s, an outstanding period in the Marvel universe.

And off "Dumbo" Tim Burton's fantasy at the service of the Disney classic, the giant elephant starring in the circus. The animal, recreated by the computer, lives with Colin Farrell, Eva Green, Michael Keaton or Danny DeVito.

Almodóvar has also chosen March for the launch of "Pain and Honor", a movie that will bring together Antonio Banderas, Asier Etxeandía, Leonardo Sbaraglia and Penélope Cruz to tell the story of a film director in low hours.

At the end of April, the fourth and final installment of the Avengers comes. Iron Man, Black Widow, Captain America and Thor resumed "Endgame" the action at the point where it was in the dramatic result of "Infinity War".

And already in May, Neil Marshall starts the saga "Hellboy", the red demon, in a delivery that promises to be more raw than Guillermo del Toro.

If 2018 was the year of Freddie Mercury ("Bohemian Rhapsody"), 2019 will be for Elton John. Taron Egerton will jump on the screens of the British singer and composer "Rocket Man"

Brad Pitt, Tomy Lee Jones and Donald Sutherland meet "Ad Astra", a story of an autistic engineer who, 20 years after his father left him to undertake a mission to Neptune, decides to travel in his search.

After several delays, the new delivery of X-Men is scheduled to arrive in June. "Dark Phoenix", that takes a decade after "Apocalypse".

In August, the new Tarantino comes, "Once in Hollywood", sat in the film industry in the late 60s and the impact caused by the murder of actor Sharon Tate in the hands of the sect led by Charles Manson. Brad Pitt, Leonardo di Caprio, Margot Robbie, Al Pacino, Kurt Russell or Tim Roth participate in the film.

More uncertain is the date and mode of release of "The Irishman", a movie in which Martin Scorsese reunites Al Pacino and Robert de Niro. It is manufactured by Netflix and has an estimated budget of over $ 140 million.

For the last quarter of the year reserves "That: Chapter Two", second installment of the saga to the scary clown that Stephen King prepared. And Joaquin Phoenix takes over from Heath Ledger and Jared Leto as Jocker, the actor of DC Comics, in a movie dedicated to this character, and it has Robert de Niro in the gang.

But if there is a title expected in 2019, it is the ninth episode of "Star Wars", even without an official title, and that is the conclusion of the new trilogy launched by J.J.Abrams.

After the mediocre result this year, Solo: A Star Wars Story, Disney hopes to restore the interest in the star story with this new title on the main line of story, which remains with Daisy Ridley, Adam Driver, Mark Hamill, Oscar Isaac or John Boyega, as well as with pictures of the late Carrie Fisher through the recording track for "The Force Awakens" (2015) that was never used.

And as for family cinema, titles like "Toy story 4", "How to train Dragon: The Hidden World", the new version of "The Lion King", "The Lego Movie 2" or "Pokémon Detective Pikachu" with the voice of Ryan Reynolds.