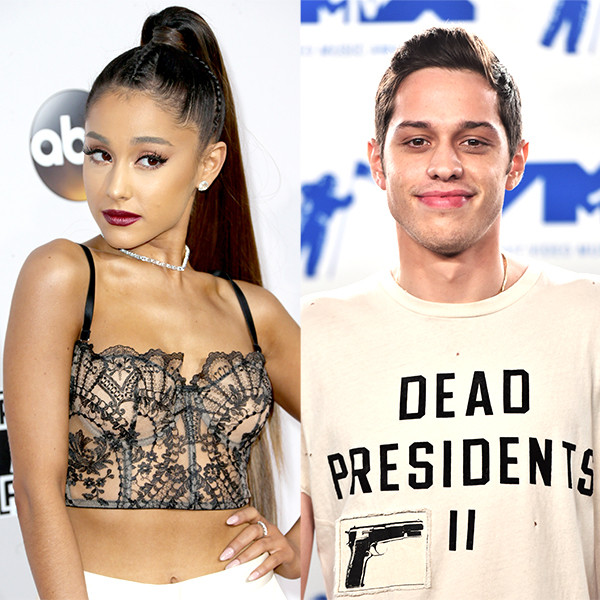 This is the part of what we want to hear. Ariana Grande Y Pete Davidson.

More than a week after the famous couple canceled their engagement after a whirlwind of romance, the couple's fans still hope to gain some clarity about what went wrong.

And while the unnamed sources have taken a look at the new reality of the stars, the ex have largely remained silent, well, almost.

During the weekend, the Saturday night live the star co-hosted the comedy show Judd & Pete for America, benefiting Swing Left at Largo at Coronet in West Hollywood. Spoiler alert: could not avoid addressing the news division around him.

"Well, as you can see, I do not want to be here, a lot is happening," Pete told the crowd. "Does anyone have an open room? Looking for a roommate?"

Pete also addressed the tattoos he received during his romance with Ariana. Since the break, Ariana has been covering some of the ink jobs.

While Pete tries to find humor in an unfortunate situation, Ariana tries to keep in touch with fans through social networks. Although he has not addressed the division directly, many followers can not help thinking that some of his recent publications are about breaking up.

"It's time to say goodbye to the Internet for just a little bit … It's hard not to hit news and things that I'm not trying to see," she wrote, then deleted, on Instagram Stories. "It is very sad and we are all striving to keep going, I love you, and thank you for always being here."

For now, Ariana seems to be pumping ruptures in her love life and shifting her attention to things that bring her joy, like music.

He recently starred in the televised special for Evil15 years anniversary on Broadway. And although there was a bit of fear of acting again after a public breakup, Ariana is so happy that she followed him.

"I can not believe I almost let my anxiety ruin this today! Not today, Satan!" She wrote on Instagram. "Neither tomorrow nor the next day either, you will not be able to suck my big green d – k anymore Finna sings my heart and I know a great love boat, bye".