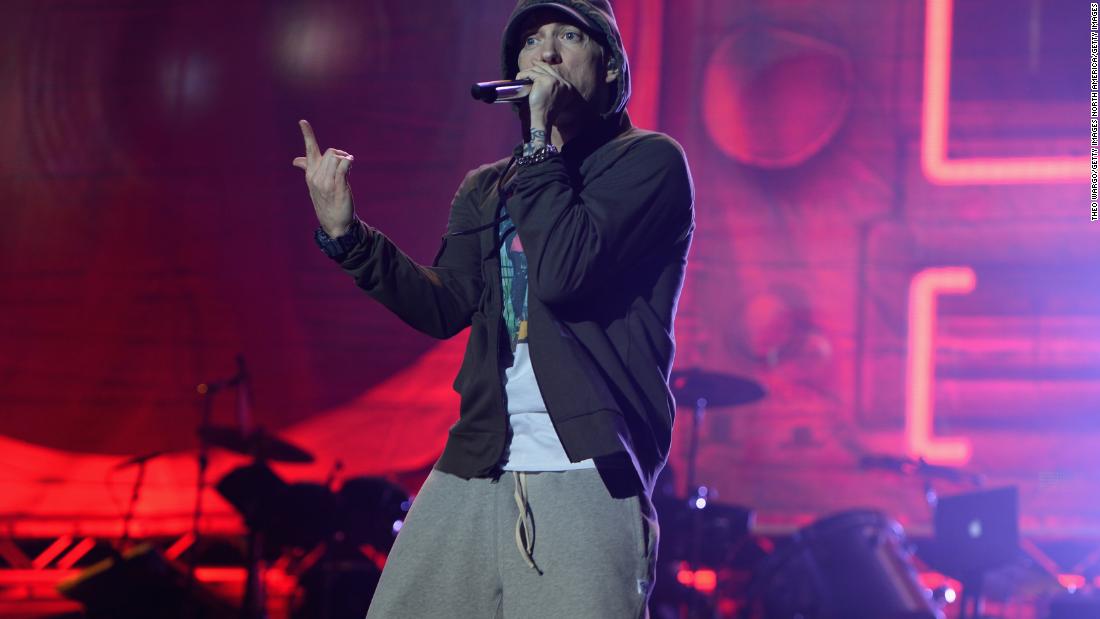 On Monday, "Jimmy Kimmel Live," the rapper played "Venom" in a highly produced music video that was filmed inside and on top of the Empire State Building. Eminem left some knowledge about the famous landmark of the city of New York and included a cameo by Kimmel, Guillermo Rodríguez.

"Venom", which appeared in the Marvel movie of the same name, is Eminem's latest hit from his recently released album, "Kamikaze."
Related: Eminem's Kamminaz album is on track to break records.

The rapper gets a bit political with a reference to President Trump on the track, "The Ringer."

"Agent Orange just sent the Secret Service / to meet in person to see if I really intend to hurt him," he replies in "The Ringer." Or ask if I'm linked to terrorists / I told him: "Only when it's Inked and lyricists".