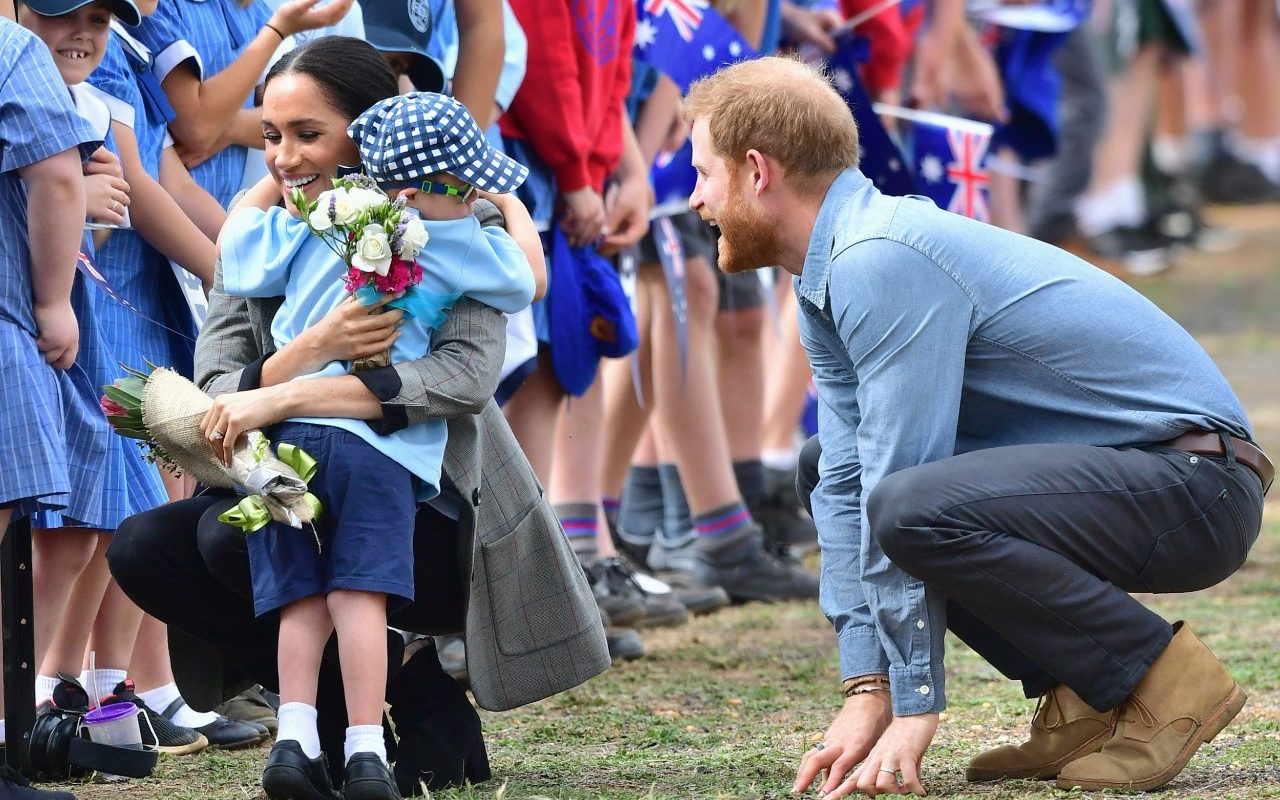 TThe Duke and Duchess of Sussex landed in Dubbo, in rural Australia, for farmers to invite them to tea and learn about the impact of the devastating drought.

The royal couple, who has stayed in Sydney for two nights, flew into the country 300 kilometers northwest of the city to try something different on Wednesday.

They were received by some 150 people, including the mayor of the city, Ben Shields, and children from nine schools in the area.

Among them was Luke Vincent, five years old, who gave a hug to the Duke and the Duchess of Sussex and rubbed the Duke's beard.

She said: "He got a hug from Meghan and then Harry bent down to talk to him and Luke gave him no choice!"