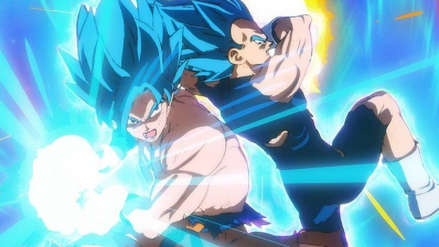 Dragon Ball Super: Broly He has just made history in the country. With more than that 34,000 tickets sold, the latest film of the saga has become the most successful midnight prize in Peru.

A few hours ago we commented on it Cineplanet reported that the movie lacked 3,000 tickets to overcome Avengers: Infinity War as the maximum feature at midnight, now the same chain of cinemas has confirmed that the brand has been surpassed and that the movie Starring Gokpu and Broly have marked a milestone in their long career.

The midnight features consist of fans, who got up early to see the latest production of Toei Animation and Akira Toriyama.

If you love Avengers, you do not refuse. You get the opportunity to hit the record again on April 25 when Avengers: EndGame is released.

It has not been the only overview of Dragon Ball Super: Broly in Peru, since the same chain of cinemas has confirmed that presale has generally sold 120,000 tickets, more than the premiere of Asu Mare 2. An anime success,

If you still do not see the movie, we invite you to read the following note.

Dragon Ball Super: Broly will tell us the fight between Goku and Vegeta against Broly, a Saiyayin that appears mysteriously in the earth after the destruction of the planet Vegeta. Everything seems to indicate it Broly He is exiled from the planet to hide the fact that there was a baby with a level of fighting superior as Vegeta, who will motivate revenge of Broly against the Sai prince.