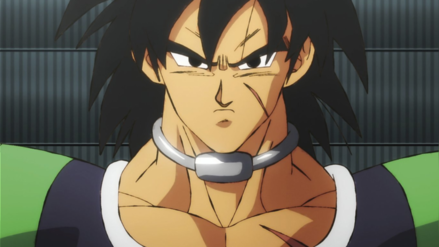 Fans of Dragon Ball of Japan has marked a new milestone. The new movie produced by Toei Animation, Dragon Ball Super: Broly, it has become the biggest movie for the entire franchise to date Thanks to the huge sale of tickets in Japanese cinemas.

Within 11 days counted from its premiere in Japan, the film has managed to sell more than one and a half million tickets in 361 cinemas. The report provides via MantanWeb, the monetary income of Dragon Ball Super: Broly they transcend the $ 18 million (2 million yen) and has placed it as one of the three main movies on the local card.

These numbers are impressive, but they are just the beginning of the collection. Dragon Ball Super: Broly It has not yet been released in Latin America, where it has millions of fans looking forward to seeing it in theaters on the different dates of the premiere in the region. Despite several spoilers and leaks, the fans show their desire to attend the cinemas to enjoy the whole experience. Forecasts are high.

Movies "Dragon Ball Super: Broly " This was released December 14th In Japanese cinemas and the double version in Latin Spanish it is expected in our theaters January 10th Dragon Ball Super: Broly will tell us the fight between Goku and Vegeta against Broly, a Saiyayin that appears mysteriously in the earth after the destruction of the planet Vegeta. Everything seems to indicate that Broly is cursed from the planet to hide the fact that there was a baby with a level of fighting superior as Vegeta, who will motivate revenge of Broly against the Sai prince.