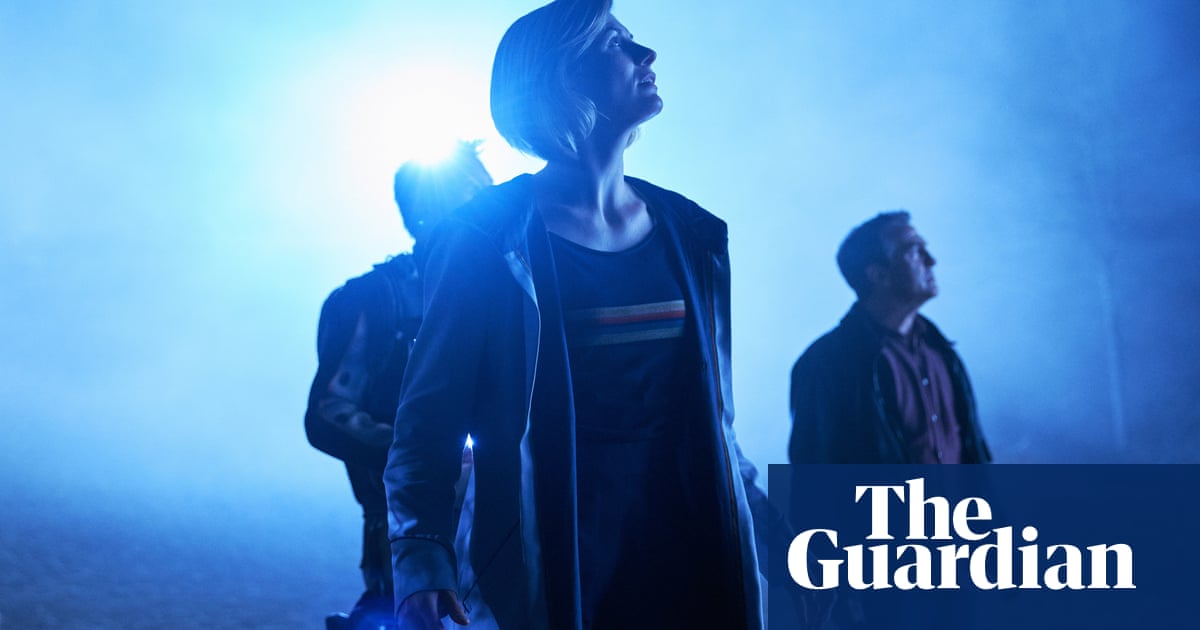 SPOILER ALERT: This weekly blog is for those who have been watching the new Doctor Who series. Do not read below if you have not seen episode two, the Ghost Monument.

"I'm really good in a tight place, at least I've been historically, I'm sure I still am."

What a difference a week makes. With the team's first trip to outer space, Doctor Who feels like Doctor Who again; opening titles, a new and surprising Tardis, fears behind the sofa and, most crucial of all, running.

The Doctor also feels like the Doctor again. With her routine of unstable regeneration out of the way, Jodie Whittaker has grown almost completely on paper. Nail most of the features that define the character with aplomb: disdain for weapons, delight in avoiding a problem, and the ability to quickly become relentless: his demolition of the evil Epzo was something worth contemplating. She is a delight.

The cinematographic air of this new series was not an episode either, a marvel. The Monument to the Ghosts has to be one of the most attractive episodes we have seen, the extraterrestrial views of the Desolation Planet made in impressive places in South Africa. It is true that the nocturnal sequences linked to the study can not avoid sinking in comparison, but as long as they are not wasting the budget at the beginning of the series, everything is fine.

The new Tardis is also a marvel. Its great coral and imposing hexagons, dark light and great extension make it a much more intimidating place than previous iterations. Chibnall stubbornly resists someone saying "but it's bigger inside!" However, the charming sequence in which the team enters for the first time is an almost perfect ending to a tense, tense and satisfying adventure. This It is significantly more similar.

"They have left us in space, we have spaceships crashing around us, now we are isolated on a planet from which everyone else seems to be fleeing."

As for the argument, The Ghost Monument was a relatively simple chase through the most brutal assault course in the world, a kind of Hunger Games is found with The Running Man. The gang is conveniently extracted from its certain space of floating death by two battered spacecraft, confused with "bonuses" by the respective pilots, discussing with their competitors Angstrom and Epzo. The last two contestants in The Last Meeting of the Five Galaxies have survived thousands of people in a messy Krypton factor across space, and now they are about to gain immeasurable wealth. Due to nebulous reasons, the mythical Ghost Monument that represents the finish line is actually the Tardis. So, reprimanded by the master of holographic games (Art Malik), our reluctant team of six people is sent through what is essentially a sequence of creepy and terrifying sets through a "planet made cruel", which includes murderous water, mercenaries Sniperbots, strangulation. sheets (I think) and acetylene fields.

Susan Lynch and Sean Dooley make up a cast of enduring guests with characters and motivations. Angstrom in turn is beautifully warm and absolutely tragic; Epzo, one of the most intentionally unpleasant companions Doctor Who has seen. Frankly, he is an imbecile, and the reasons why they are obvious.

Taken together, all this is a good old-fashioned roll, although with some messages slightly out of the beam as the day is saved by a cigarette.

Lifetime on board tardis

The assembly of the Tardis team has been curious this season. There have been no inspiring scenes of characters fleeing unsatisfied lives in search of adventures in space and time. Graham, Yaz and Ryan were fired by accident, and even when we reach that impressive arrival at the Tardis, the plan is still to take them home. So that's all to come.

Fortunately, Grace's death has not moved quickly; Ryan is compartmentalizing his grief, while Graham's attempts to bond with his great-grandson are getting mixed results. Nor has Ryan's dyspraxia been forgotten as he struggles to climb a ladder. Well, an impulsive young man, his happy trigger approach to the Sniperbots is not successful, although his Call of Duty battle cry is priceless.

For all the work of this character, Yaz is feeling something like a spare part, but I hope that changes. But when the doctor seemed to be losing hope towards the end, her new friends began to really join.

The linear stacking of threats and dangers, one by one, was effective in maintaining everything at full speed. The Sniperbots were as effective as one might reasonably expect to be the fake Stormtroopers, and the psychological chills of the Doctor's fears for the armament really got me. But I must say that the sequence in which Epzo is half suffocated by whatever those things were was the most disturbing moment of Doctor Who I've seen in quite some time.

The deadly events in Planet Desolation are revealed as Stenza's work. Who, if you remember, was the race of trophy hunter with teeth face T'-zim-Sha or Tim Shaw last week. With two mentions in a week, was that just a subtle gesture or the sowing of a Big Bad for the series? Chibnall said there would not be a line this year, but as we all know, the producers of Doctor Who do not care about the strange information.

Deeper in the vortex

The Tardis Team clearly goes to their home on the long road. Their first trip takes them to 1955, the fight for the civil rights of the USA. UU And an encounter with one Rosa Parks.