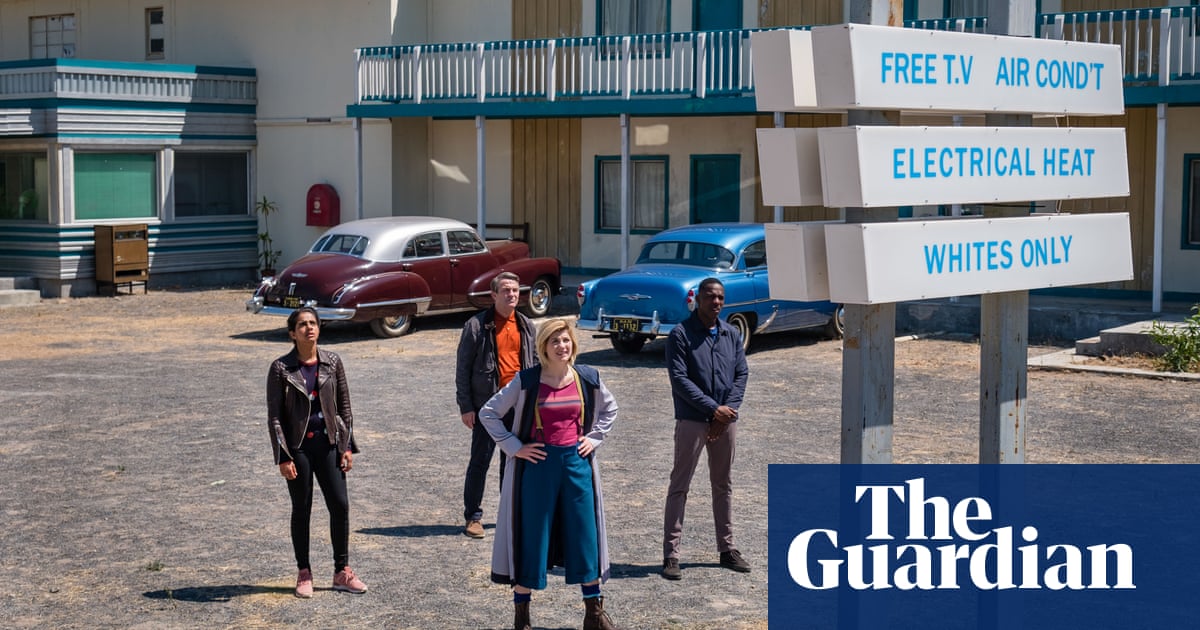 SPOILER ALERT: this weekly blog is for those who We are watching the new series of Doctor Who. Do not read below if you have not seen episode three, Rosa.

The more things change, the more they stay the same. In a year when almost everything about Doctor Who is different, a formula is not for shaking. We had the opening of the terrestrial adventure and the trip to outer space for episode two, now for the "historical celebrity". In the past, we have met Charles Dickens, Winston Churchill, Agatha Christie and Madame de Pompadour, as well as Queens Victoria, Elizabeth I and Nefertiti.

This time, it is the turn of Rosa Parks, whom we met during the struggle for civil rights in Montgomery, Alabama, in 1955. Of course, Parks' refusal to give up his seat on a segregated bus opened the floodgates for a change larger. This story of the small but significant action of a common woman is significant in itself. Martin Luther King has a cameo, but it is the representation of Parks as Vinette Robinson, so warm and brittle, that steals the show without the story of Sugarcoating. The time it took Parks to get due recognition is the history lesson of this story and its emotional suckerpunch.

Embarrassingly, this was the first episode of Doctor Who from a colored writer's pen. It was only the eighth of a writer, in the form of Malorie Blackman, a former children's laureate, no less. Sometimes Rosa felt that racism is bad 101, but it would also be a naive optimist who did not feel that this message is still necessary. The scene between Ryan and Yaz, reduced to hiding behind a garbage store, was something.

The other BME writer in the series is Vinay Patel, who has written episode six, Demons of the Punjab. Is it an honorable effort for writers to represent a unique cultural perspective, or is it that these people write only from the perspective of their ethnic origin?

Life on board the Tardis.

The old woman might turn a little green, but she still has a mind of her own, stubbornly refusing to take the team to the twenty-first century Sheffield in favor of someplace where they are most needed. Meanwhile, the strange arrangement in parent parentis between Graham and Ryan continues to hang on. Tosin Cole got the best material again, like a young man who, struggling to find his place in the world, now has to navigate in his place in all space and time. But Yaz still does not have enough to do. Apart from some wise words with Ryan about the racial struggle, the character is still waiting for a trip on his own.

Now, if only someone could light a bloody light on that ship.

The direction and production design here were as exquisite as we have come to expect, but the budget of monsters of antiquity is evidently shrinking. With the show splurging Stenza with the face of teeth in the first game of the series, last week we found demonic sheets. Now, terror is more conceptual – racism. The only mission of Team Tardis is to avoid the aversion of history, which is not necessarily to make it fall. The threat here is the kind of world we would live in if small acts of heroism, like Parks', never happened.

When it was learned that Cranzo had his own vortex manipulator, he was playing with Artron's energy and he was a prisoner of Stormcage, a small part of me wanted him to emerge as a river of exchanged gender. That was until he was revealed as little more than a terrible racist. So, that was the end of that.

Stenza is not mentioned this week, which at this point may or may not mean anything.

Deeper in the vortex

Continuing with the formula, episode four brings us back to Earth, which finally promises to put Yaz in the center stage: the arachnids in the United Kingdom. Punting strong, at least.