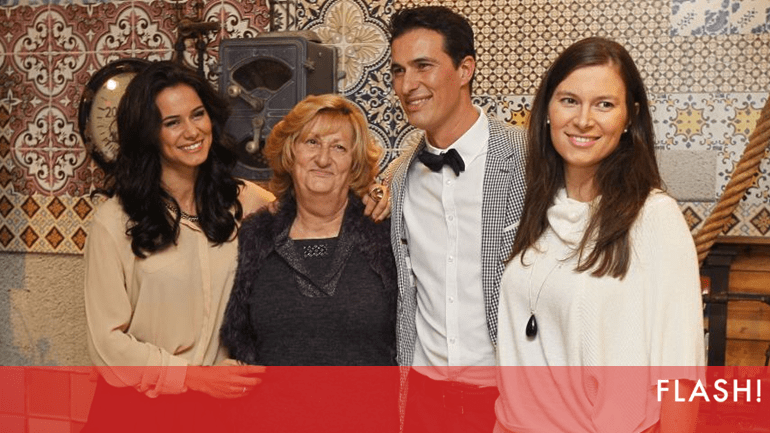 Cláudia Vieira faces a drama with her mother, Suzete Vieira, which can suffer from a serious psychological illness, accumulation.
Suzete neighbors living in a villa in Loures, near Lisbon, accused pick up trash and store the items at home.

"She picks up everything, old stuff, clothes, pieces of tables, food for dogs, everything. Some time ago I saw her in a sweater that was mine and she hid her sweater, but I didn't say anything. ”Neighbor Emília Filipe in the statement to TV 7 days.

Cláudia Vieira with her mother, Suzete Vieira, and the brothers, Sérgio and Carina
Photo: Cofina Media

The problems with Suzete Vieira will have started about 18 years ago, when the actor's father António left the Loures house to live on Costa da Caparica with another woman, with whom he runs a restaurant at Castelo Beach.

"This started after her husband left her, because when she was there, she had a maid. She worked in an office, but later married, her husband was a doctor with glasses, and he didn't want her to work, which was for her to handle boys and she got used to it. […] She didn't do anything, she was a lady. Then the man left the man and that was, said a neighbor who refused to identify.

Besides the accumulation of objects, Suzete will also ignore the hygiene of the house. According to another source, the house of Cláudia Vieira's mother was invaded by robbers, who left a trail of dirt and cans on the ground, but Suzete only treated the damage five years later. Also outside the house there is visible growth of the bush.

The same people accusing Suzete now warrant that Claudia and the two brothers, Sergio and Carina, "give her everything," but she regrets not having "reform ordered." "I'm a lonely person, I have no one here," Suzete says, leading the neighbors to give him food, they say.

"It makes us feel sorry. So much so that I gave him to eat", says Emília Filipe.

The answers to Claudia and Suzete

The actor's mother denies accusations that she collects garbage and does not handle household hygiene.. "If they told you that, they are people who don't have credit." Everyone here considers me good and likes me. With these people I had to give contempt, they have no credit, they do not know what they are saying, they are people who spend the day in the garden bench talking about the others, killing the living and discovering the dead. They are full people, "he said.

The first photographic production of Cláudia Vieira with her daughter Maria

In turn, Claudia's agency also responded. "As always, I want to preserve my privacy and family life.. I always and with great pleasure will be faithful to myself and to my essence. I just have to ask my family, who did not choose to have a media profession and must not be exposed because they are parents, brothers or uncles of Cláudia Vieira. We are a united and happy family – so we will continue to be, live quietly in our core. "

The actor in the meantime decided to escape from the controversy with her daughter, Maria, and a friend to Ceará, in Northeast Brazil, where he must spend New Year's Eve.