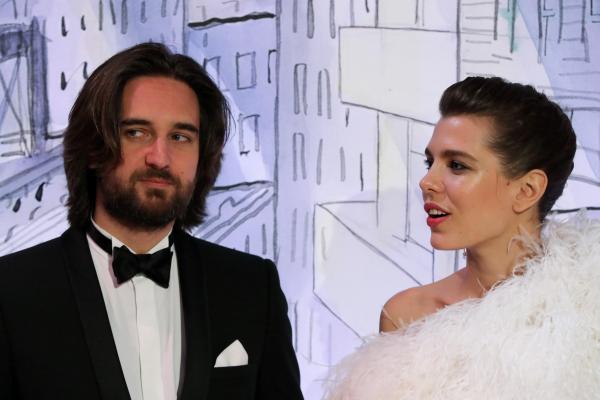 After all, Charlotte Casiraghi and Dimitri Rassam are not separated.

Princess Carolina's daughter of Monaco and the film producer issued a statement that denied the "rumors of separation" by the couple, who were Balthazar's father, on October 23.

In the document, the couple says: "Mrs. Casiraghi and Mr. Dimitri Rassam, persecuted by the tabloids, make a formal denial of unfounded rumors of separation circulating about them."

It is recalled Charlotte Casiraghi and Dimitri Rassam started the relationship in 2017 and was first picked up on the red carpet by the Cesar Prize in February 2018, having been engaged a month later.

The bond was set for summer this year, but the ceremony was delayed due to the pregnancy of Princess Carolina's daughter in Monaco.

Now, despite the denial, the couple did not reveal when the marriage would take place.

Charlotte Casiraghi has another four-year-old son, Raphaël Elmaleh, four years old, as a result of the relationship with Gad Elmaleh. Dimitri Rassam, on the other hand, is still the father of Darya, aged 7, of the marriage with mannequin Masha Novoselova.