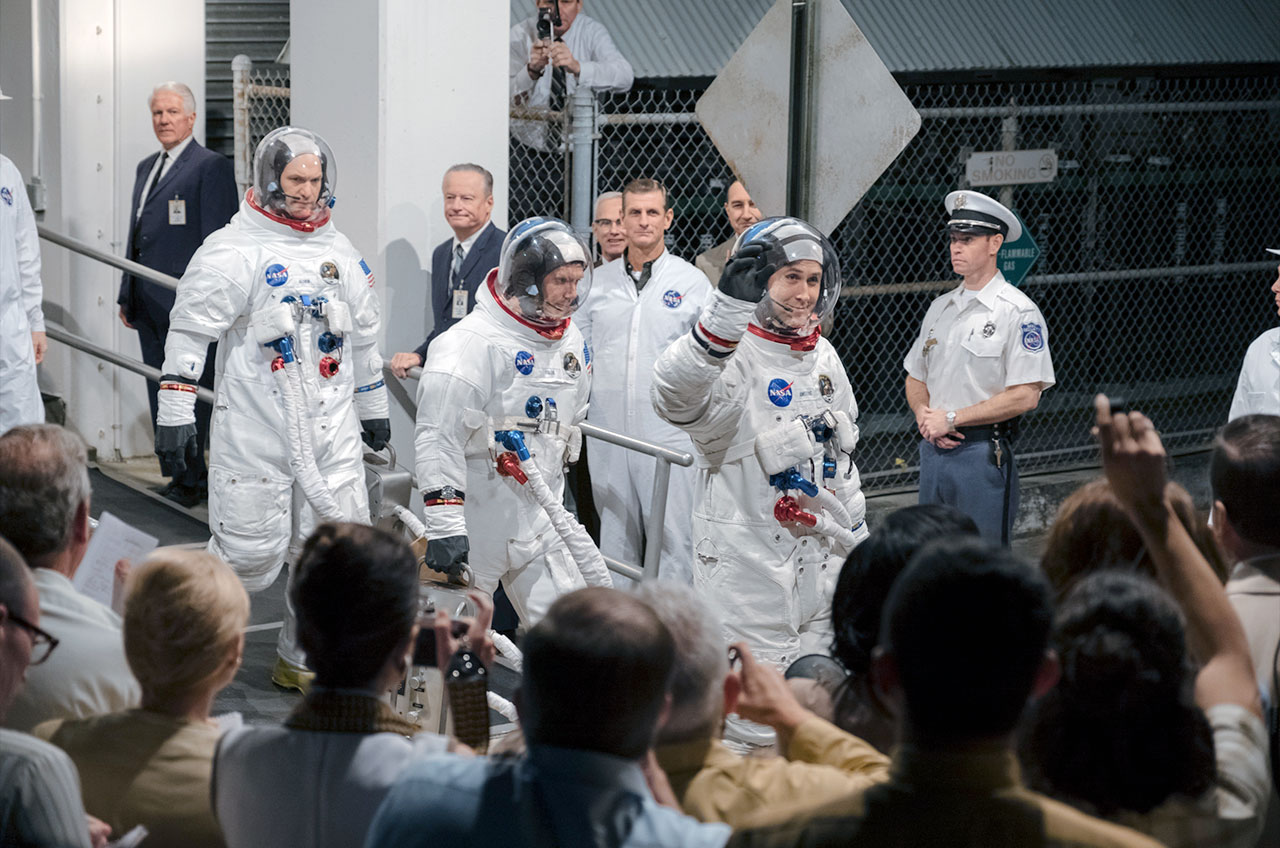 – "First Man" is a film imbued with more spatial history than the public could take into account.

Director Damien Chazelle's new film starring Ryan Gosling as Neil Armstrong, the first man to walk on the moon, is rich in visual and thematic winks at NASA's true story, from the detailed recreations of spaceships and spacesuits to the use of real space. Transcripts to land that informed the script of Josh Singer.

"I wanted the film to be tactile, documentary and realistic, so I felt we had to have reality to support that style," Chazelle said in an interview with collectSPACE.

But in addition to ensuring a general authenticity of the great pieces and scenes, Chazelle and her fellow filmmakers also inserted some much subtler references to the story they were representing. "First Man" is flush with these hidden details, or "Easter eggs," that maybe only geeks in the eagle eye space can notice.

For everyone else, here are some of the "little steps" that Chazelle and the crew took to infuse the "First Man" with more space history.

Spoiler warning: This article makes reference to minor and major details of "First Man". If you have not seen the movie yet, you can read it after doing it.

Voices of the past

"Roger, Twan … Tranquility, we copied you on the floor, you have a bunch of guys about to turn blue, we're breathing again, thank you very much."

If that line (complete with the initial stumbling on the pronunciation of "Tranquility") of "First Man" sounds familiar, it's because they are the exact words that were transmitted by radio to the real Armstrong and Buzz Aldrin after they landed on the moon on the July 20th. , 1969. In fact, it should Sound more than just familiar.

"First Man" has actors portraying several of Armstrong's astronauts, including some who served in Mission Control as the capsule communicator, the crew's point of contact with the ground. But for those who did not release, including Bill Anders and Bruce McCandless, the filmmakers decided to use the actual voices of the archival audio astronauts.

So that's the real Charlie Duke, who served as "CapCom" during the lunar landing of Apollo 11, which audiences listen to when the radios of Mission Control "We copied you, Eagle."

It is also Duke who reminds Armstrong (Gosling) of the total amount of fuel he has available before beginning the descent to the surface of the moon. But unlike the other calls, the audio is not from the NASA files.

Realizing that they needed to explain to moviegoers what was about to happen on the screen (explanations that were absent from the Apollo 11 record), the filmmakers had Duke record some lines, resuming his role as capcom almost 50 years after the mission.

So the Mission Control that the audiences hear during the lunar landing of the "First Man" is consistently Duke, only that sometimes his voice is separated for half a century.

Faces in the crowd

Duke's voice is not the only cameo in "First Man". The film is peppered with faces from the space history community, especially in its representation of Gemini Mission Control.

When Armstrong (Gosling) and Dave Scott (Christopher Abbott) return to radio contact after their Gemini 8 spacecraft gets out of control, the operations director of NASA's flight crew, Deke Slayton (Kyle Chandler), orders Paul Haney, the "Voice of Mission Control". "to cut the" squawk boxes "that transmitted the audio of the mission to the homes of the astronauts.

Haney is portrayed (and expressed on the box) by Mark Armstrong, Neil's son. Rick Armstrong, Mark's brother, is also in Mission Control, sitting to the right of Mark.

Andrew Armstrong, Mark's son, also makes a cameo as the flight controller who plays the guitar after Gemini 8 achieves the world's first docking in space.

Others at Mission Control include Mark Kirkman, a former space shuttle training instructor, who plays Flight Dynamics Officer (FIDO) Jerry Bostick, and Rick Houston, co-author of "Go, Flight !: The Unsung Heroes of Mission Control , 1965 1992, "who served as a consultant in the Mission Control scenes in" First Man ".

The cameos, however, do not end in the Control of the Mission.

At the White House reception, Chazelle's parents are among the guests and his sister, Anna, is the employee who tells Armstrong that Slayton is on the phone.

At the Cape, while the crew of Apollo 11 takes their breakfast before the launch, an artist is shown drawing Armstrong. In real life, the late Paul Calle was there to draw both breakfast and adaptation of the astronauts as part of NASA's art program. In "First Man," Chris Calle, Paul's son and a successful space artist, plays his father.

And when Armstrong (Gosling), Aldrin (Corey Stoll) and Michael Collins (Lukas Haas) leave the crew quarters to board a van for the launch pad, the three of them go down a ramp and pass for a suitable gentleman. That viewer is Kurt Debus, the first director of the Kennedy Space Center, represented in "First Man" by historian James Hansen, author of the authoritative biography of Neil Armstrong, which was the basis of the film.

When Collins (Haas) passes by Debus (Hansen), he is seen carrying a brown paper bag, reproducing a subtle detail of the history of Apollo 11.

It was a tradition that astronauts brought to the launch pad gifts for the leader of the leader Guenter Wendt (played by Steve Coulter in "First Man"), who supervised the crew that was tied to the ship and the final preparations for the launch . Armstrong gave Wendt a coupon for a free trip "between any planet, moon, star or galaxy in the solar system", Aldrin presented a copy of "Good News for Modern Man", a condensed version of the Bible, and Collins He removed a fish mounted on a wooden plate from a brown paper bag.

"In your house, I've never seen a big trout or trophy trophy on your wall, you need one," Collins said, as Wendt recalled in a NASA interview in 1999. But there were some things with Collins's fish From there the gag was too small to be legally caught, it was not cleaned and it was not kept.

When preparing to play Collins in "First Man", Haas learned of the fish trophy and realized that something was missing when it was time to shoot.

"When we were going out, walking down the ramp, I did not have the bag," Haas recalled in an interview with collectSPACE. "And the support people said:" What? Nobody told us about this. "And I'm like," Well, if you read Collins' book, or you look at the [July 16, 1969] In the photo, you can see that it has a brown paper bag. So they ran out and found a brown paper bag. "

"I was proud of the fact that he remembered that he needed his fish," Haas said.

The brown bag adds a more authentic detail to a scene that was more than a mere recreation. The building from which Haas, Gosling and Stoll and the ramp descend are not found on a film set, but were filmed at the Kennedy Space Center in Florida.

"That's not even acting, he was representing himself," Haas said. "Because those shots [of the Apollo 11 crew walkout] They were world famous. Everyone has seen that, right? So we tried to copy the same movements that were introduced in that van. "

Here are some Easter eggs from the story of the additional space of "First Man":