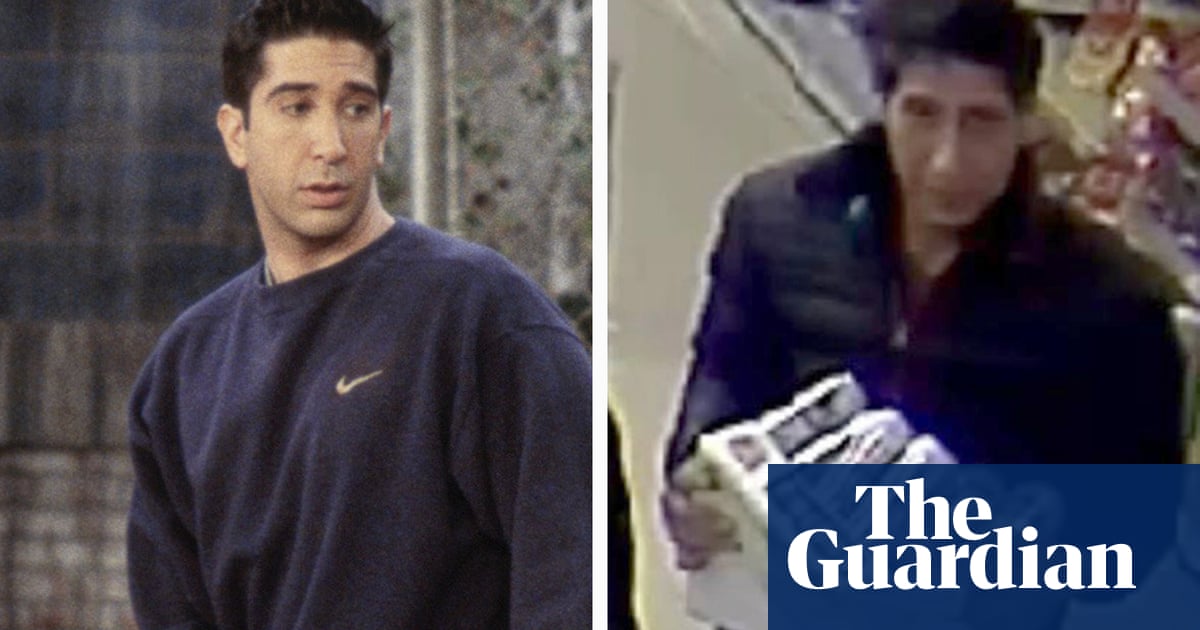 Police were inundated with comments from social media users after issuing an appeal by a suspected thief who resembled Friends star David Schwimmer.

The Blackpool police posted a photo of a suspect on Facebook that showed him when he left a restaurant with what looked like a box of cans.

Facebook users piled up quickly in the comments section to point out that the suspect looked like Schwimmer's character, Ross Geller, in the American series. Many published references to some well-known lines by Geller's program.

One wrote: "Should not you be at work … or is it a break?" Another posted: "I bet he was screaming" PIVOTE "when he picked up those beers."

Others picked up the melody of the program's theme, and one user wrote, "So nobody told him that life would be like that." Your work is a joke, it's broken. Love life DOA. It's as if he's always stuck in the second gear. And when it has not been his day, his week, his month or even his year, well, THEY WILL FINISH WITH YOOOOUUUUUU ".

Another, referring to an episode of Friends in which Ross says he is an expert in self-defense, wrote: "Approach with caution." It is known that he studied karate and we believe that he has mastered the art of Unagi, the state of consciousness total".

After numerous responses, the Lancashire police responded: "Thank you all for your quick responses. We have thoroughly investigated this matter and confirmed that David Schwimmer was in the United States on this date.