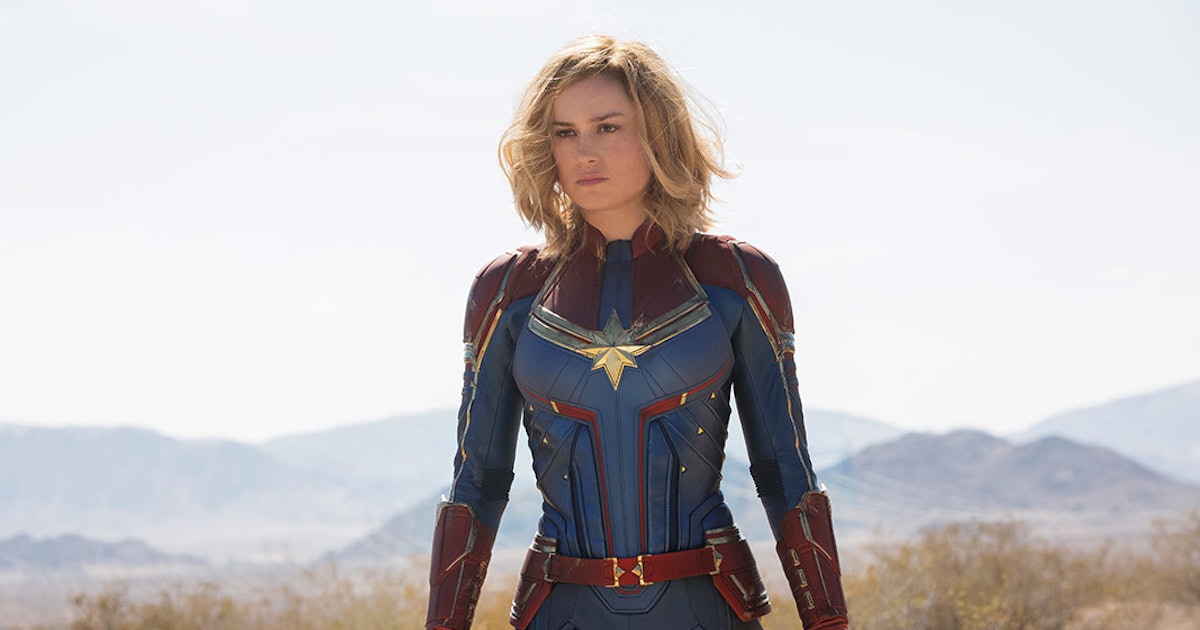 On Monday, November 12, Stan Lee, co-creator of the Marvel comics and patron of all superhero lovers, died at the age of 95. It is difficult to express in words how great the legacy is. The man created some of the most enduring fictional characters in the comics and beyond: the Fantastic Four, the Iron Man, the Incredible Hulk, the Black Panther and many others. But, Lee was not without its faults, and the fandom that it created was and remains, without a doubt, defective. And to exist in the Marvel fandom as a woman is to love the evolution of comics and characters, if not necessarily their world in general.

The first time I became a Marvel fan as a teenager after watching the wave of Marvel adaptations in the early 2000s – Spiderman (2002), X Men (2000), and Fantastic four (2005) – but while I was watching Tobey Maguire jump around New York City and wishing Chris Evans was excited, I did not fall in love at all until Captain America the First Avenger. That movie showed how the genre of comic book films could challenge the tropes of action movies, and that a Hollywood blockbuster is literally called Captain America they could question American patriotism and propaganda and present a struggle against the damsel in distress, the love interest like the one that Peggy Carter certainly did not hurt either.

Eventually, my love for Marvel movies grew so intense that I thought it was time to take my fandom to the next level by enrolling in a college course on the graphic novel. I expected it to lead to a comic book obsession, but spoiler alert: it did not. The first comic we read was one of the first four Fantastic Four tracks, and let me tell you, I've never struggled so hard to get over a 20-page reading assignment. The characters were imaginative, funny and infectious, but I found myself completely bored by the emphasis on white men and the constant lack of attention of the female characters.

Marvel was not alone in this, far from it., As DC and other editors have also been guilty of sexism in their comics (just read the first comics of Lois Lane if you do not believe me). But the fact is that what I learned from reading these comics and watching movies is that Marvel's story of neglecting women and people of color is not something I'm willing to ignore. I can not cover all of Marvel as a whole, nor can I be too valuable about the original (and sometimes offensive) material. What I can Doing is looking at the evolution of these beloved characters and stories, and I can love and respect that in their place.

Take the black panther. In 1966, Marvel created the first great black superhero in pop culture, but his interpretation was not without problems. El Timbre notes that the first panel that mentions it, from Fantastic four do not. 52, presents The Thing referring to Black Panther as "a refugee from a Tarzan movie" and does not even introduce T & # 39; Challa. Over time, however, and during the course of several writers and artists, the character of Black Panther changed, until, finally, he became not only a more complete and complex character, but also the protagonist of one of the most successful Marvel movies. till the date.

It is an evolution that you can also see on the screen in the MCU with its female characters. When Scarlett Johansson Black Widow was introduced in The Iron Man 2 (2010), was not like a former Russian spy turned superhero, but as the sexy secretary of Tony Stark "Natalie". One scene even showed pictures of her in lingerie. It was sexist and offensive, but in the last eight years and almost the same amount of films, Black Widow has become a fierce warrior. These days, she is on an equal footing with her male counterparts such as Tony Stark and Captain America. (However, that does not mean he has forgotten that he does not have a solo movie yet).

The evolution of Black Widow was not perfect, just as Black Panther was not perfect, because Marvel itself Is not perfect. As a female fanatic, I can not accept everything that Marvel gives me blindly, and as an Asian American, a member of an ethnic group that is too often ignored or stereotyped by superhero stories, I refuse to do so. But I can not turn my back on the entire franchise either. I love him too much. I love watching the good guys beat the bad guys. I love seeing how Bruce Banner struggles with his humanity and the anger within him. I love seeing women like Scarlet Witch, Valkyrie and Gamora become three-dimensional characters who are also great for kicking ass.

But loving Marvel, for me, does not mean loving your defects. I can not love how Mantis was repeatedly called ugly by Drax in Guardians of the Galaxy vol. two, or as Strange doctor Whitening the character of the Elder, or how he wrote about her to the female characters of Spider-Man: Homecoming were. I definitely can not love the fact that 2019 Captain Marvel It will be the first MCU movie with a female superhero head. And I certainly can not ignore the accusations of sexual misconduct against Lee, one from a massage therapist in Chicago and others from a nursing company that claimed he had harassed several nurses he hired. (Lee denied all the accusations against him.)

I love what Marvel has given me so far, but I demand more. And what I like the most about being a Marvel fan is what I hope it will give me in the future: a world full of superheroes of all ethnicities and gender identities. A world where everyone can find a superhero who speaks to them.