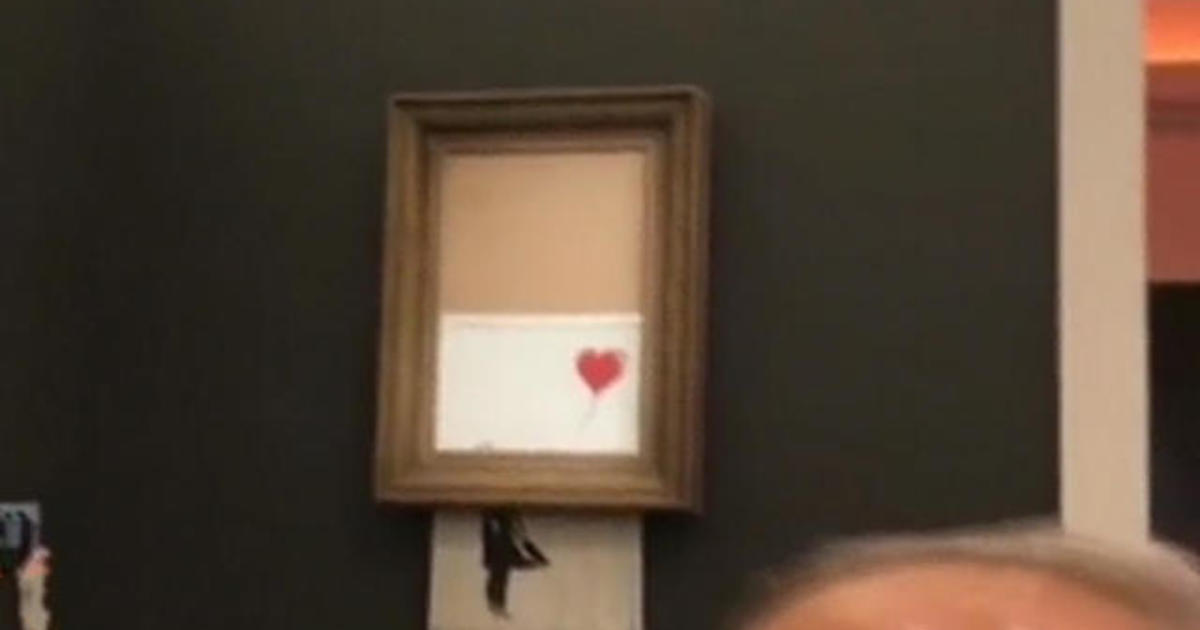 LONDON – The winner of a Banksy painting that Self-destructive during an auction Last week he decided to continue with the purchase, auctioneer Sotheby & # 39; s said on Thursday. The auction house said a European collector was the successful bidder, who agreed to pay $ 1.4 million for "Girl With Balloon."

But just after the hammer fell, and to the surprise of those in the hall, the lower half of the work went through a shredder hidden in the frame. Sotheby's said the painting has now been renamed "Love is in the bin" and authenticated by Banksy's pest control agency.

The buyer's identity was not disclosed, but Sotheby's quoted her as saying: "When the hammer came down last week and the work was shattered, at first I was surprised, but little by little I began to realize that it would end with my own work of art, history. "

Alex Branczik, head of contemporary art for Europe at Sotheby & # 39; s, says it is "the first work of art in history that was created live during an auction".

A publication in Banksy's official account on Instagram showed the moment when the work of art self-destructed, and the surprise reaction of those in the room, with the words "Go, go, disappear …"

Banksy, who has never revealed his complete identity, began his aerosol painting career in Bristol, England, and has become one of the best-known artists in the world. His naughty and often satirical images include two kissing cops, riot police with yellow smiley faces and a chimpanzee holding a sign with the words "Laugh now, but one day I'll be in charge."

"Girl With Balloon", which represents a small child that rises to a red heart-shaped balloon, was originally on a wall in East London and has been reproduced infinitely, becoming one of Banksy's best-known images .