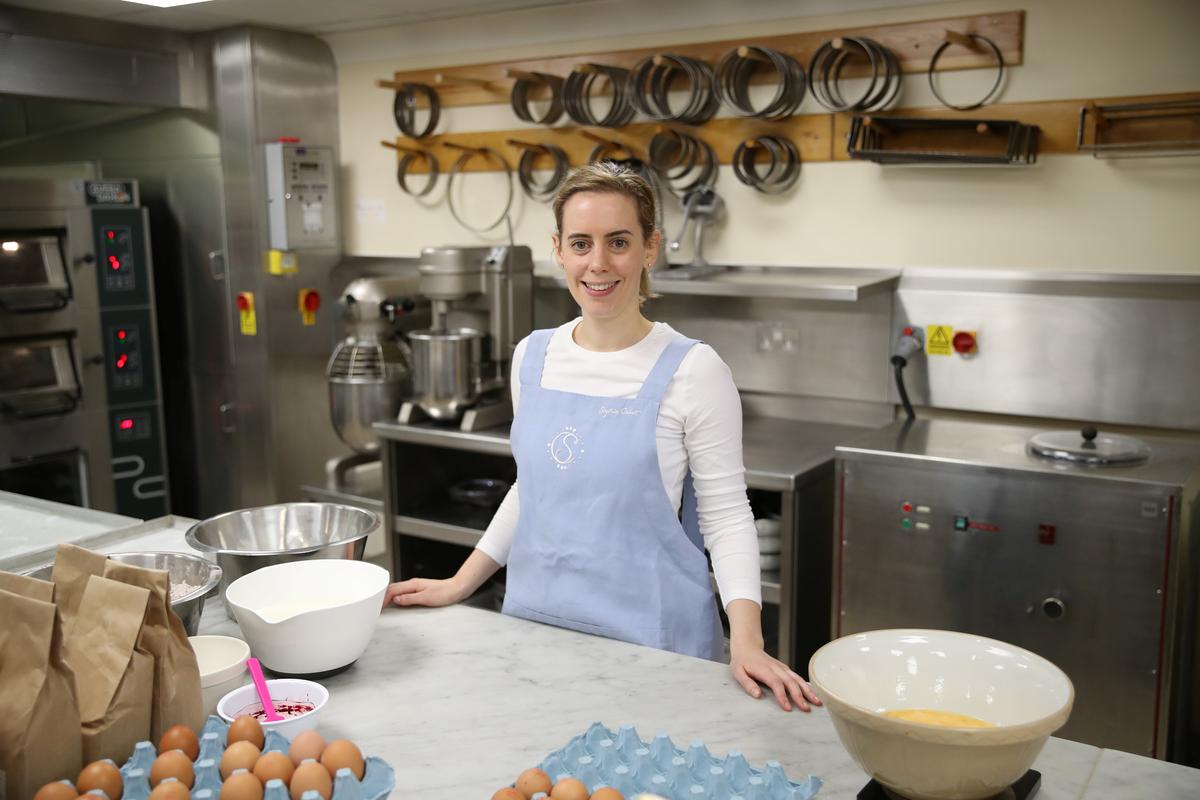 LONDON (Reuters) – The designer who prepares the pie for the royal wedding on Friday for Princess Eugenia and Jack Brooksbank of Britain says she was honored to have been selected for the couple's big day.

Baker Sophie Cabot poses in the kitchen, where she prepares the red velvet and chocolate wedding cake for the marriage at Windsor Castle of Princess Eugenia Britannica and Jack Brooksbank, at Buckingham Palace in London, Great Britain, on the 10th October 2018. Chris Jackson / Pool, via REUTERS

"I have butterflies, but at the same time I'm happy and excited," said Sophie Cabot as she broke dozens of eggs as she prepared to bake the red and velvet chocolate cake.

"Then, when I start to continue cooking … the nerves are gone because I am so absorbed in what I am doing and I love it so much … I feel very honored that they have chosen me" to do it. "

Eugenie, 28, the youngest daughter of Prince Andrew and her ex-wife Sarah Ferguson, the Duchess of York, will marry Brooksbank, 32, at the Queen's house at Windsor Castle, west of London.

His cousin Prince Harry and his wife Meghan celebrated their brilliant wedding in May in the same place.

Cabot, originally a costume designer who started her cake design business in London in 2014, said her cake will be traditional with a modern twist, incorporating an autumnal theme and covered with detailed work on sugar.