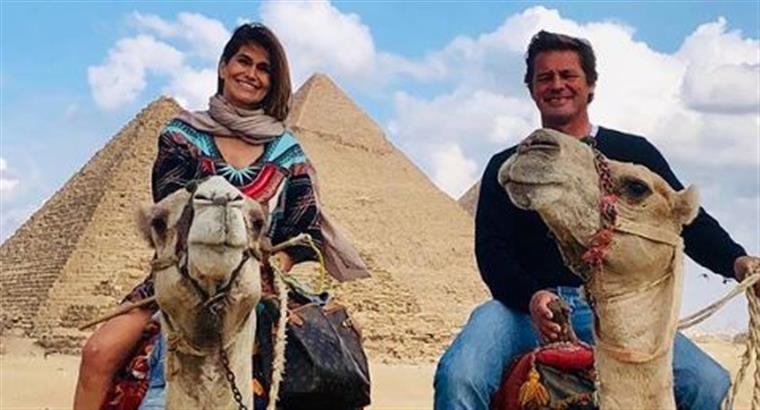 
Liliana Campos got a lasting shock from the holiday. The presenter is with his husband, Rodrigo Herédia, in Egypt and walked past the place where on Friday an attack occurred.

"The world is really a strange place … At the same place where Rodrigo and I were having fun, it happened shortly after an attack where four people died …" he wrote on social networks.

"I thought so, I hesitated to do this and the next posts, but if I didn't, I competed with the goals of the one who would scare us, who had so much importance and continues to have for humanity," added Liliana Campos. .

It is recalled that an explosion of an artistic bomb in a tourist bus – which was in the pyramids of Giza – killed four people and was wounded ten. The next day, the authorities announced that "forty terrorists were killed in security operations": 30 in the Giza region and 10 in the northern province of Sinai.