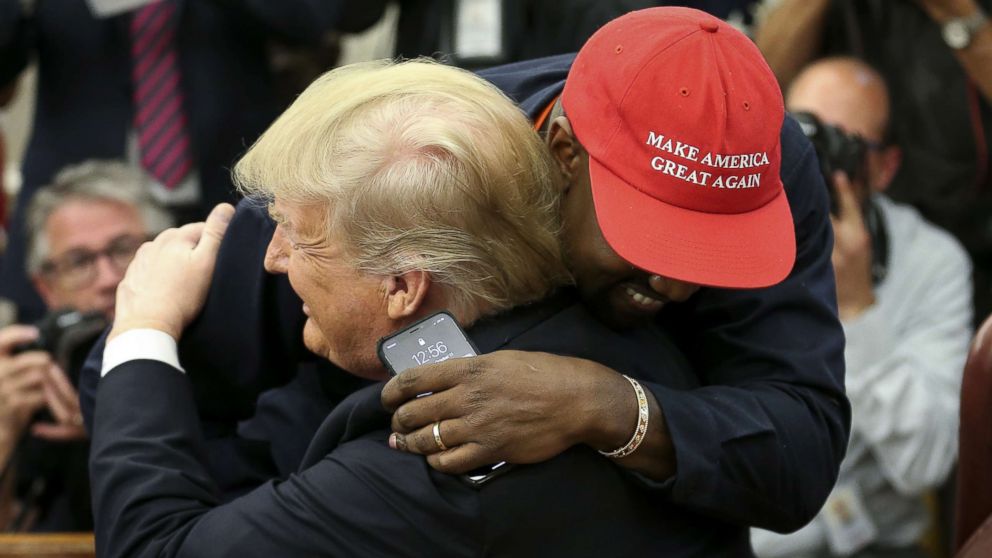 Alec Baldwin returned to "Saturday Night Live" this week when the program addressed the madness that was the meeting of Kanye West-Donald Trump in the Oval Office.

The bit was opened with a CSPAN graphic that said the discussion included topics such as "alternate universes", "Superman" and "flying cars".

"Yes, it's true, I flew here using the power of this hat," he said.

"I have an amazing lunch to arrive, but first I'm sure Kanye wants to make one or two brief, lucid comments," Baldwin said.

"Time is a myth!" Kanye screamed.

Through the voice-overs, Baldwin's Trump soon realized that Kanye was him: "Oh, my God, he's black."

"I played football with a leather helmet and my brain still works better than yours," Brown said.

But Baldwin's Trump still felt as if he had left the meeting at the top.

Of course, only after the sketch, host Seth Meyers told the funniest thing about Kanye. He revealed that he was there when the rapper made a special appearance and they presented him with an outline about the interruption of the awards programs.

"That's funny, because I do it," West responded, according to Meyers.

They ended up making the sketch, mocking West's madness. Meyers then broke the news that the sketch was in 2007, two years before he interrupted Taylor Swift in 2009.