Eddie Murphy celebrated Christmas in a big way. The popular movie actor likes Dr. Dolittle (1998) and A prince in New York (1988), he gathered his 10 children to celebrate Christmas Eve.

Bria Murphy, one of her daughters, shared a series of photos of the meeting on their social network. In the pictures, Murphy looks smiling in the middle of the group, while holding his youngest daughter, Izzy Oona, fruit of his relationship with the Australian model Paige Butcher. 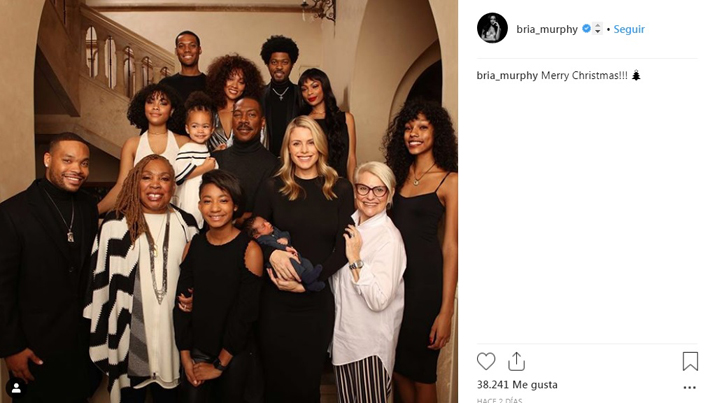 The eldest of his sons, Eric, is 29 years old and was born in the midst of the famous actor's relationship with Paulete McNeely. The same age has Bria, the first of her five children with Nicole Mitchell, who was his wife. Next to her, she also had Myles, 26; Shayne, 24; Zola, 19; and Bella, 16. 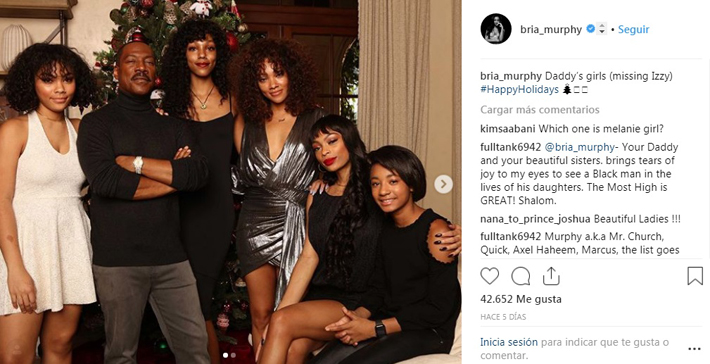 Who also attended the meeting, his son Christian, 28, born just one year after his eldest sons after a brief relationship with Tamara Hood. Angel Iris, 11, whose mother is the former Spice Girl Mel B, appears together in front of Murphy in the picture.