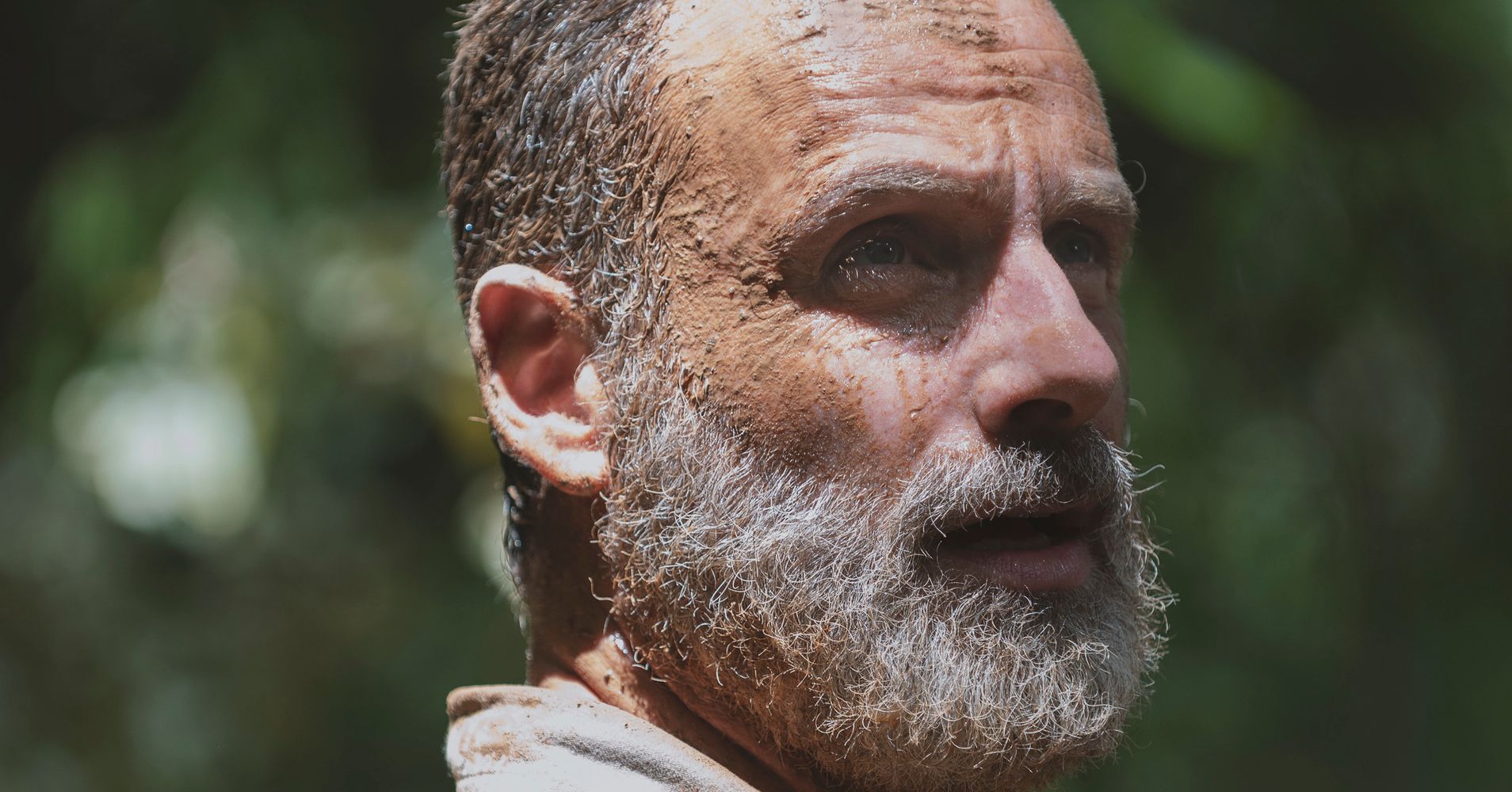 We understand. Things do not look very good for Rick Grimes.

The last time we saw him, the character of Andrew Lincoln was riding on his white horse, the Khaleesi, trying to drive away the zombie herds from the super-sick camp that everyone built, where everyone gets along well during the times when there is no riot

But Rick's horse got scared when another large herd of zombies appeared, throwing him so violently that he was impaled by metal protruding from the concrete rubble. Rick fainted when the two large herds approached.

Surely it seemed a suspense. We're headed to Rick's last episode, after all. However, "Walking Dead" could have ruined the way Rick survives the last chaos.

In a trailer that aired at San Diego Comic-Con during the summer, some different shots may have revealed Rick's fate. I have tracked the images of the previous episodes of season 9 and I can not find the scenes anywhere, which leads me to believe that they have not yet been released.

One of the moments is a quick clip in which Rick seems to be waking up as a zombie approaches, acquiring awareness just in time to possibly thwart an attack. (Hey, it could only be Norman Reedus raising him in the morning to say hello, but I lean toward the first one).

Another shot shows someone in boots, spilling blood everywhere, apparently walking on that bridge that Rick cared a lot to build all year. If those are Rick's boots, it means that he was somehow pulled out of the metal bar that impaled him. While you have received your tetanus shot, our boy has a chance!

He also plays in the next shot of the trailer.

OK, the coup de grace. There is no doubt who we are looking at in this case. It is Mr. Grimes who favors the side of his body that has been shedding blood everywhere. He is just resting on the bridge while his friends run to the rescue. Hurrah!

But wait. They can not come to the rescue. We have been told again and again in AMC marketing that Rick is out of the program and that next Sunday's episode is the last.

Lincoln recently wrote a long letter of farewell to the media, in which he became poetic in his "wild ride". So, what is it?

There are some potential answers.

If these trailer shots spoil what's going on in Episode 5, it's possible that they're all just Rick's hallucinations while he's dying. The promotion of Rick's last episode showed him reviewing some past locations of "Walking Dead", which could be part of a fevered dream. We also know that many of the previous characters appear on the show in season 9, including Shane by Jon Bernthal and Hershel by Scott Wilson. The characters of "Walking Dead" have hallucinated in the door of death before, and it would make sense to include some of those who return in the expulsion of Rick.

To make matters worse, everything about these shots looks a lot like "An incident on the Owl Creek Bridge." Like the Confederate plantation owner in that tale of the late 19th century, he falsely imagines escaping from the rope, maybe Rick is imagining escaping the zombies when he's really ready to become a buffet. Oh, and there is a bridge.

If the shots do not equal a hallucination, Rick's story could be left open.

At San Diego Comic-Con, Lincoln said his relationship with Rick is far from over. Meanwhile, his letter to the press ends with the phrase: "Until our paths cross again".

If Rick's story is left open, he may fall into a coma due to blood loss, leaving the program in the same way that his character entered.

My personal theory is that the group of people who have been operating the mysterious helicopter commissioned Jadis (Pollyanna McIntosh) to capture victims as an experiment. The captives are deliberately infected with the zombie virus and then used as test animals for a cure. As part of the experiment, the group needs the victims that label A (Alfas?), Because they are assumed to be strong enough to survive a bite. Rick is certainly an A, so it would make sense for the people in the helicopter to try to save him, if he were bitten by a zombie, in an effort to promote his experiment.

Or there is also this strange but surprising theory of a Reddit user who claims that the helicopter people are real helicopters, like cars in Pixar movies:

Five helicopters will surround the dying body of Rick, and they will explain to him that they can save it, but they will have to change it. Holding back tears, Michonne agrees, and surgery begins.

Later, Rick wakes up and he is fine, but now he is also a helicopter. He and the other helicopters fly away from Alexandria and set at sunset. As it flies away, Maggie says, "I believe in Copter Grimes."

Is it a hallucination? Is it literal helicopter people? Will it roll under a dumpster at the last minute? We'll know next Sunday. Until then, Copter Grimes.